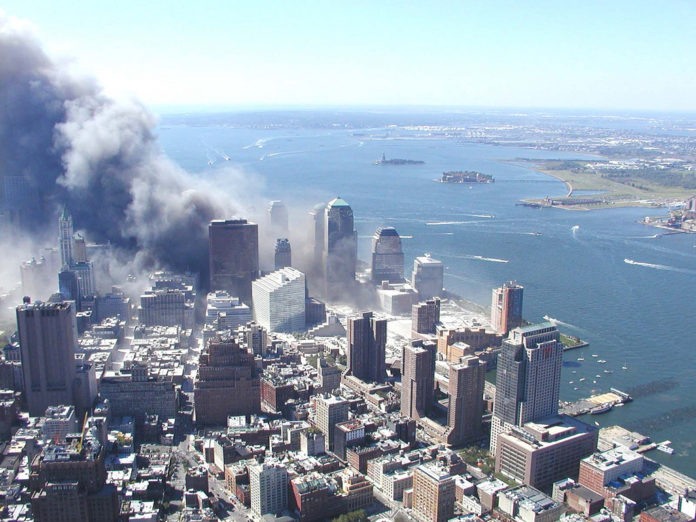 15-years after the attacks on September 11th, the European Scientific Journal, a publication of the European Scientific Institute (ESI), published an article titled “15 Years Later: On the Physics of High-Rise Building Collapses,” in which they analyze the collapse of all three World Trade Center buildings. The results of their findings continue to indicate that the WTC towers were destroyed by controlled demolition, and the fact that this controversial topic was covered by a publication that boasts an editorial committee from reputable colleges and universities around the world (despite the article’s disclaimer), can be considered yet another small victory for 9/11 Truthers.

The study was written in collaboration by Steven Jones of Brigham Young University (now retired), Robert Korol of McMaster University – a Mechanical Design Engineer in the aerospace industry, Anthony Szamboti, and Ted Walter of Architects & Engineers for 9/11 Truth. The highly-sourced study breaks down the scientific evidence while revealing the discrepancies in NIST’s official report, and we suggest our readers – especially the skeptics – read it in its entirety.

One of the most important testimonies on the collapse of the World Trade Towers that was brought to attention in the study comes from the head structural engineer of the towers, John Skilling. It is apparently not enough for skeptics to take the findings of thousands of architects and engineers seriously, but should a skeptic choose not to at least consider the expertise of one of the men who built the WTC towers, then they are purposefully remaining blind.

Every sort of catastrophe that can happen to a high-rise building has to be taken into consideration during the design and construction processes, including the impact of an airplane. According to a 1993 report from The Seattle Times, the Trade Towers were analyzed years ago, after concern was raised over a case where an airplane hit the Empire State Building. It was concluded at the time that the Trade Towers could withstand the impact of a Boeing 707.

In a statement made to The Seattle Times by Skilling:

“We looked at every possible thing we could think of that could happen to the buildings, even to the extent of an airplane hitting the side, however back in those days people didn’t think about terrorists very much.” He continues, “Our analysis indicated the biggest problem would be the fact that all the fuel (from the airplane) would dump into the building. There would be a horrendous fire. A lot of people would be killed. The building structure would still be there. However, I’m not saying that properly applied explosives – shaped explosives – of that magnitude could not do a tremendous amount of damage. I would imagine that if you took the top expert in that type of work and gave him the assignment of bringing these buildings down with explosives, I would bet that he could do it.”

As stated in the study: “In other words, Skilling believed the only mechanism that could bring down the Twin Towers was controlled demolition.” It should be pointed out, as well, that a steel-framed high-rise building has never completely collapsed from fire. And yet on September 11, 2001, three buildings supposedly collapsed in this manner, one of which wasn’t even hit by a plane.

It was on this latter point that the authors concluded their study. They state:

“It bears repeating that fires have never caused the total collapse of a steel-framed high-rise before or since 9/11. Did we witness an unprecedented event three separate times on September 11, 2001? The NIST reports, which attempted to support that unlikely conclusion, fail to persuade a growing number of architects, engineers, and scientists.”

This article (European Scientific Journal Concludes 9/11 was a Controlled Demolition) is a free and open source. You have permission to republish this article under a Creative Commons license with attribution to the author and AnonHQ.com.