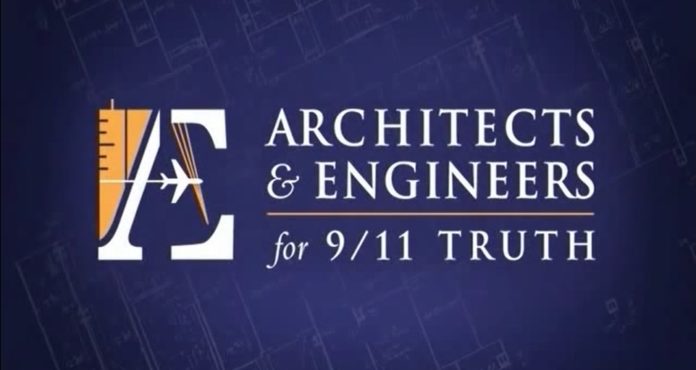 For many of us, the morning of September 11, 2001 will forever remain seared in our memory. It was a shock that resounded throughout the nation, and the world. For those of us who watched the tragedy unfold that morning, we were forever left with unanswered questions. Why had it initially been reported as a controlled demolition, and why were people reporting the sounds of explosions before, during, and after the first, and eventual second plane struck? What happened to these initial reports by that afternoon?


Today, many people are unaware of the frightening details behind the attack. In fact most aren’t even aware a third building was destroyed that day; one that hadn’t been hit by a plane—WTC Building 7. There were those, however, who voiced their concerns from the beginning, including professionals in the fields of architecture, controlled demolition, engineering, physics, and explosives. Through their combined efforts, Architects & Engineers for 9/11 Truth has produced compelling forensic evidence that contradicts all the official reports.

Architects & Engineers for 9/11 Truth (AE911Truth) is a non-profit non-partisan organization of architects, engineers and affiliates dedicated to exposing the falsehoods and to revealing facts about the complete destruction of all three World Trade Center high-rises on September 11, 2001.

Our organization is devoted to:

In a recent interview with C-Span, Richard Gage briefly outlines the organization’s goals, as well as discussing the evidence that suggests Building 7 was destroyed by controlled demolition:

The official NIST report on WTC Building 7 states that it collapsed due to fires caused from debris from WTC Building 1, which was located 370 feet to the south. The debris supposedly ignited at least ten floors on the south and west faces of the building.

“I’ve been in private practice for twenty-five years. I’ve been a practicing engineer for thirty-nine years. Fifty percent of my practice is in forensic engineering. Steel structural frame buildings, high-rise buildings, simply do not collapse due to fire. There has never been, until 9/11, an experience where a high-rise building that was steel-framed completely collapsed. There have been fires burned longer in similar structures without any collapse.” – Scott Grainger, P.E., Forensic Fire Protection Engineer

In an interview with Professor Jonathan Barnett of the Worcester Polytechnic Institute and FEMA, Barnett states:

“When steel is bare, when it heats up, it gets weaker. It’s not that it melts in a fire, in fact normal fires are not hot enough to melt steel. Even if you were, for example, to use an unusual fuel, like kerosene, you cannot achieve temperatures hot enough to melt steel. But what happens is it starts to lose its strength, and as it loses its strength, it starts to sag. It becomes softer, and sags—it can no longer support the load.”

Steel structures that crumble or topple from fire do so through a long process. It takes time for the steel to heat and sag. This is not what we see when we watch the collapse of WTC Building 7:

David Chandler, Professor of Physics, measured the downward acceleration of building 7 using video frame analysis. Placing markers on the corner of the building in each frame of the video, he was able to create a data table which indicated the building fell at a rate that was indistinguishable from a free-fall. It took 6.5 seconds for WTC Building 7 to collapse from a full standing position.

In a controlled demolition, some of the core columns throughout the structure are cut at an angle before explosives are set. This is to ensure the building collapses quickly, cleanly, and without the resistance of the structural beams. Here’s a photo taken from Ground Zero: Aside from the fact that this column has clearly been cut, notice the molten metal. If building fires cannot burn hot enough to melt metal, where did it come from? It has been reported that hot spots of molten steel were found under the debris more than a month after September 11th. The spots were located at the bottom of the elevator shafts, and at WTC 7 it ran down seven levels of the basement. As a reminder, WTC 7 was not hit by a plane, and jet fuel—which doesn’t burn hot enough to melt steel anyway—was not present. Structural metal doesn’t begin to melt until it has reached 2750 °F (or 1510 °C). According to official reports, WTC 7 burned at 1200 °F. What then, explains the presence of molten metal? NIST refuses to comment on the presence of molten steel completely, however according to experts with AE911Truth, a likely culprit is thermite, which reaches temperatures of 4500 °F.

“Thermite. An incendiary use by the military, thermite is a compound of iron oxide and aluminum, which when ignited sustains an extreme heat reaction creating molten iron. In just two seconds thermite can reach degrees of over 4500 °F. Quite enough to liquefy steel. We know that open air fires cannot burn hot enough to melt steel, but metal had melted at the base of the towers. Appendix C of the FEMA report describes sulfur residues on the World Trade Center’s steel. The New York Times called this the deepest mystery of all.” – 9/11: Blueprint for Truth, documentary.

Sulfur used with thermite creates thermate, which produces even faster results. It also leaves sulfur residues behind. According to section 12-4 of the NFPA 921: Guide for Fire and Explosion Investigations, “Unusual residues… could arise from thermite, magnesium or other pyrotechnic materials.” Aside from its military implications, thermite/thermate is commonly used in controlled demolitions.

This large clump of metal and debris, which has come to be known as The Meteorite, was found among the rubble at Ground Zero: Bart Boorsanger, 9/11 artifacts architect, has discovered numerous rock-like formations such as this with very high levels of iron. Aside from the fact that we know this substance was once molten due to the various debris and concrete that is mixed within, we also know thermite creates iron, which would explain the high levels of it found in the formations.

An interesting fact that should be noted and taken into consideration is that the Securities and Exchange Commission, which operated out of WTC 7, lost thousands of files related to hundreds of cases it was actively pursuing against Wall Street companies like Enron and WorldCom. Food for thought.

The information presented in this article barely covers the details behind the destruction of WTC Building 7, and it only scratches the surface of the investigation those with Architects & Engineers for 9/11 Truth have been conducting.

Provided below are the documentaries, 9/11: Blueprint for Truth—The Architecture of Destruction and 9/11: Explosive Evidence—Experts Speak Out, both of which break down, in detail, the organization’s findings.

9/11: Blueprint for Truth – The Architecture of Destruction:

Architects & Engineers for 9/11 Truth, in collaboration with the High-Rise Safety Initiative, have been actively seeking an official independent investigation into the destruction of all three World Trade Center buildings for quite some time. In August of last year the City of New York blocked yet another attempt by the High-Rise Safety Initiative to appear on the ballot by falsely challenging thousands of submitted signatures on the petition.

Recently, however, thanks to a dedicated group of activists in Ottawa, Ontario, a petition has been presented to the House of Commons requesting a “parliamentary review of the omissions and inconsistencies in the official Unites States of America 9/11 Report.”

While this isn’t the first time AE911Truth have attempted to petition the Canadian government, it is the first time they were successful. This is only due to the fact that the petition was presented by a Member of Parliament who felt it was her duty to present the petition on behalf of the people. Predictably, when the mainstream media picked up the story, they described it as “a call to support a conspiracy theory.”

Nonetheless, it provided an opportunity for activists from across Canada to speak to the nation, and on December 10th a press conference was held at the parliamentary press gallery. David Long, author of the petition and a 9/11 survivor, hosted the event, while three speakers presented statements that were reported as both “powerful and moving”. Isabelle Beenen read AE911Truth’s statement, Dr. Graeme MacQueen represented the 9/11 Consensus Panel, and Bill Brinnier spoke on behalf of 9/11 victims and their families.

Responses from the media were mixed. According to the original report:

“Media response following the press conference was quite a mix. Global News presented a full minute of Dr. MacQueen’s statement addressing deficiencies in the official 9/11 investigation, including the fact that testimony of over 150 eyewitnesses who had seen and heard explosions on 9/11 had been ignored. Other news sources provided the usual response, including assertions that ‘the official report explains that the molten metal [flowing from the South Tower just minutes prior to its collapse] was aluminum from the plane’ – even though it couldn’t possibly be so.”

Regardless of your opinion—whether you believe the theories behind 9/11 are conspiracy or not—the fact is there are too many questions that have gone unanswered. Considering the magnitude of the tragedy that occurred on September 11th, 2001, you would think the government would be cooperative in addressing the many concerns millions of people around the world have expressed.

To learn more about Architects & Engineers for 9/11 Truth, or to find out how you can help, visit: www.ae911truth.org
Get Your Anonymous T-Shirt / Sweatshirt / Hoodie / Tanktop, Smartphone or Tablet Cover or Mug In Our Spreadshirt Shop! Click Here<

This Article (Architects and Engineers for 9/11 Truth) is free and open source. You have permission to republish this article under a Creative Commons license with attribution to the author and AnonHQ.com.

NIST – Questions and Answers about the NIST WTC 7 Investigation. (http://www.nist.gov/public_affairs/factsheet/wtc_qa_082108.cfm)