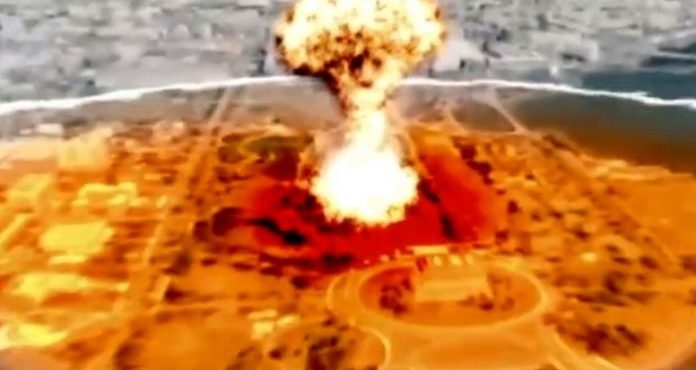 The 40 second video, set to jaunty music, romps through the history of US-Korean relations and ends with a digitally manipulated sequence showing a missile surging through clouds, swerving back to the earth and slamming into the road in front of Washington’s Lincoln Memorial.

The US Capitol building explodes in the impact and a message flashes up on the screen in Korean: “If US imperialists budge an inch toward us, we will immediately hit them with nuclear (weapons).”

The video was published on the North’s propaganda website DPRK Today on Saturday and shows images from the Korean War, the capture of US spy ship Pueblo in 1968 and the first crisis over North Korea’s nuclear program in the early 1990s.