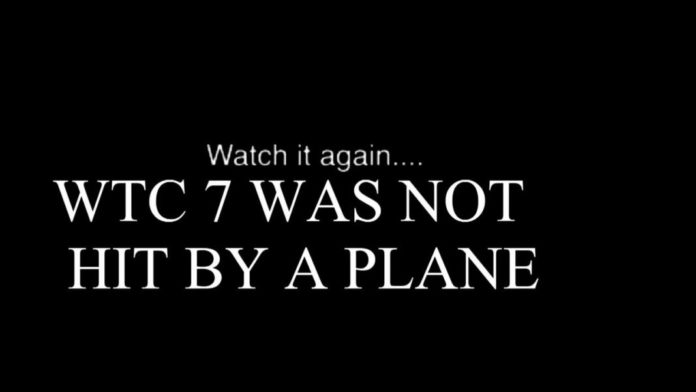 What do you believe of 9/11? You “know” that two planes crashed into the Twin Towers of New York’s World Trade Center. One plane hit the Pentagon, and another crashed in a field in Pennsylvania. Combined, over 3,000 Americans died on September 11, 2001, in an apparent terror attack on the United States by 19 Al-Qaeda terrorists.

Unfortunately, what you are made to believe and what you know is a lie.

There is evidence that 9/11 was a controlled demolition planned and executed by the United States’ president George W. Bush as a false flag operation, as a pretext for launching the so-called War on Terror.

The European Scientific Journal, which analyzed the collapse of all three World Trade Center buildings, has concluded that 9/11 was a controlled demolition. Last year, Russia Today declared 9/11 was an inside job — supported by video evidence. The same year, the University of Alaska launched an investigation into claims that World Trade Center Building 7 (WTC7) was brought down by a controlled demolition on 9/11.

WTC7, a 47-story building in the WTC complex, was not hit by a plane; “structural failure caused by fire” caused it to collapse at 5:20 p.m. on 9/11, claimed the National Institute of Standards and Technology (NIST). However, a former NIST researcher, Peter Michael Ketcham, later revealed it was a controlled demolition that caused the WTC to collapse, not fire damage following the collapse of the Twin Towers.

There is proof that the hijackers were in constant touch with several Saudi officials and agents inside the United States as they were preparing to terrorize the county. Still, the U.S. covered up Saudi Arabia’s role in 9/11.

In 2001, Donald Trump challenged the official story on 9/11, saying bombs must have been used, since the then real estate magnate didn’t believe planes could so easily penetrate the Towers’ steel exoskeleton and cause the complete destruction of the buildings.

Now a 10-year-old video of John Kerry, the Senator for Massachusetts from 1985 to 2013, and the 68th United States Secretary of State from 2013 to 2017, is doing the rounds on the internet. The clip documents Kerry admitting that WTC 7 was brought down intentionally via a controlled demolition as it posed a danger to surrounding buildings — directly contradicting the official 9/11 claim that the structure fell as a result of fire.

“I don’t believe there’s been a formal investigation. I haven’t heard that. I don’t know that. I do know that, uh, that wall I remember was in danger, and I think that they made a decision based on the danger that it had of destroying other things that they did it in a controlled fashion. “

Kerry’s confession matches with WTC leaseholder Larry Silverstein’s statement: “I remember getting a call from the fire department commander telling me that they were not sure they were gonna be able to contain the fire. I said, ‘We’ve had such terrible loss of life. Maybe the smartest thing to do is pull it.’ And they made that decision to pull and then we watched the building collapse.”

Nevertheless, there are questions which remain unanswered. Emergency medical technicians, firefighters, and first responders all knew WTC7 was pulled. They were all told hours in advance, to clear a collapse zone for WTC7 as it was going to be “brought down.” BBC and CNN knew the building had collapsed 20 minutes before it actually fell. The question remains though: how did BBC and CNN know in advance that WTC7 would collapse, when no steel building has ever collapsed from fire alone?