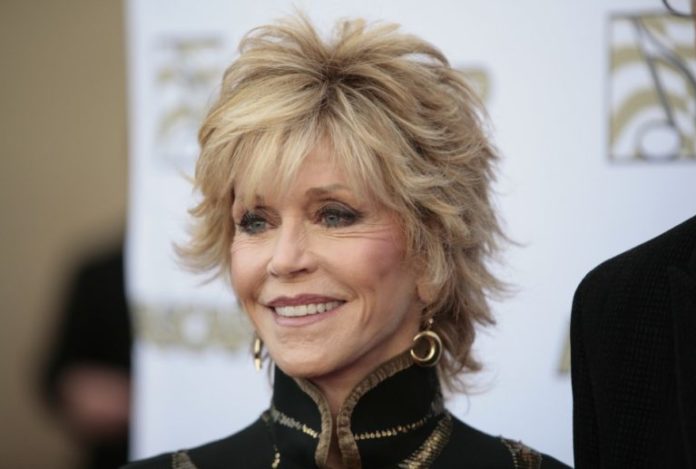 Since spring 2016, supporters of the Standing Rock Sioux tribe have been protesting the construction of a four-state Dakota Access Pipeline (DAPL) near Cannon Ball, North Dakota. Despite being tased, beaten with batons, tear gassed, and even shot with rubber bullets, the ‘water protectors’ continue to camp out on private land which, according to tribal leaders, rightfully belongs to the Standing Rock Sioux tribe under an 1851 treaty.

Though mainstream media have stayed relatively silent about the DAPL protests, some well-known individuals have traveled to the site to raise awareness about Indigenous peoples’ rights as well as the importance of protecting sacred burial ground and the Missouri River. Celebrities that have offered support include Mark Ruffalo, Chris Hemsworth, Scarlett Johansson, Shailene Woodley, and even Neil Young.

Now, actress and activist Jane Fonda is expected to arrive in North Dakota within the week to help serve a Thanksgiving dinner to the protestors at Standing Rock. NativeNewsOnline reports that the two-time Academy Award-winner will visit the water protectors at the Oceti Sakowin camp as part of a delegation of 50 people from around the country. The intent is to serve a Wopila Feast to thank American Indian water protectors for their courage in defending Mother Earth. Fonda will also contribute five butchered Bison and four Mongolian yurts to the camp.

Says Judy Wicks, the primary organization of the delegation:

“Our purpose is to give back to Native Americans – the Standing Rock Sioux and representatives of over 300 native tribes from throughout the Americas who have joined them in support.”

As Native Village points out, Fonda is a long-time supporter of American Indian rights. In 1969, the activist supported the Alcatrez Island occupation by American Indians; this brought attention to treaty rights. And in 1970, Fonda traveled to Seattle, Washington, to offer support to a group of American Indians who occupied part of Fort Lawton to get land that was being surplussed by the United States Army. In that instance, the group succeeded. Now, the area is the site of the Daybreak Star Cultural Center in Seattle’s Discovery Park.