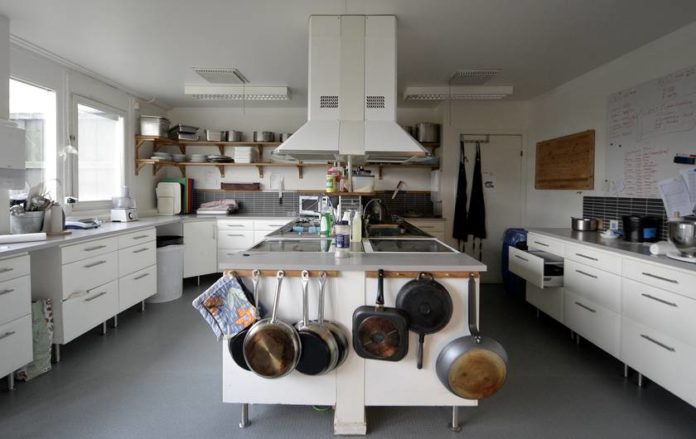 America has the highest rate of incarceration in the world; despite only accounting for 5% of the world’s population, it houses a whopping ONE QUARTER of its prisoners. US prisons are also  dangerously overcrowded, house 10 times as many mentally ill individuals as state hospitals, keeping people locked up for unfathomably long periods of time, plagued by inmate abuse and hold a far greater percentage of the country’s black population than South Africa did under apartheid. Nearly two-thirds of the inmates released every year return to prison; discriminated against due to their criminal background, it is difficult to find work or housing. If you get sent to prison, and many Americans do, your life is as good as ruined.

Decades of bi-partisan consensus on criminal justice later, there is finally a glimmer of hope that the federal government has realized that the system of imprisonment has gotten out of control (or perhaps that’s just how they get when more people than they can imprison start getting pissed off). Some states are making progress toward making prisons less crowded. However, beyond the policy lies the morality of the matter and this is where one has to start before going through the motions of changing the system. The question then is, why does a country send its people to prison? In America, the reasoning is to simply inflict pain and punishment upon the criminal.

Nordic countries like Sweden see things differently; instead of punishing criminals for the sake of deterring crime, they seek to address the root cause of criminality and rehabilitate their inmates so that they do not wish or have to turn to crime. It would seem that this tactic is far more effective. This is assuming of course that the American system was ever meant to be effective, as opposed to being a means of generating revenue for the prison industrial complex.

In the past decade, the number of Swedish prisoners has fallen from 5722 to 4500 out of 9.5 million people in total. The country has CLOSED a number of prisons (the prison-industrial complex would be most unhappy if this happened in America….) Recidivism rate is 40%, far lower than the US and most European countries.

Öberg modestly states that the way Sweden treats its prisoners is at least partly responsible for keeping incarceration and recidivism rates so low.

“It has to do with whether you decide to use prison as your first option or as a last resort, and what you want your probation system to achieve,” he told the Guardian. “Some people have to be incarcerated, but it has to be a goal to get them back out into society in better shape than they were when they came in.”

Nordic countries have done fairly well in minimizing the number of people who are put in prison as well as the number of repeated offenders. Several other factors have contributed to their success in terms of overall incarceration rates, from the inclusiveness of their society, to the relatively low wealth gap and the racial homogeneity of their society (which reduces racial tension). However, the low rates of repeated offenses would remain unexplained by these factors and can only be attributed to the model that they apply to their prisoners.

Doran Larson explains in the Atlantic, how his research on prisons revealed that Nordic countries’ rehabilitative ethos produces tangible results. Even in the high-security prisons he visited, he observed some remarkable things:

Common areas included table tennis, pool tables, steel darts and aquariums. Prisoner art ornamented walls painted in mild greens and browns and blues. But the most profound difference is that correctional officers fill both rehabilitative and security roles. Each prisoner has a “contact officer” who monitors and helps advance progress toward return to the world outside — a practice introduced to help officers avoid the damage experienced by performing purely punitive functions.

Instead of focusing on caging and emotionally destroying the individual as seen in the US, Nordic prisons focus on treating prisoners with dignity and helping them return to normal with non-criminal behaviour. There, prison guards balance their duty of keeping prisoners in line with their duty to prepare prisoners for their eventual release.

“Open prisons” are another Swedish invention; prisoners are housed in prisons that resemble college dormitories and have access to televisions and sound systems. They even get to commute to work and visit families while they are monitored electronically from afar. Prisoners and staff eat together at community spaces built all over the “campus”, and nobody wears a uniform.

Larson believes that open prison punishments are more effective than “closed” prison punishments in that they don’t provide prisoners with additional stresses that distract from the misdeeds that brought them there, as harsh American prisons often do. The prisoner has to come to terms with his own role in putting himself there:

Imagine living on … knowing every minute of every day, that this is not your home, these people are not your family, your friends, your children, and you are always one misstep from a cell in a closed prison. You have strict curfews. In town you carry an electronic anklet. Yet nothing here feels unfair or unreasonable. You have, after all, committed a crime serious enough to make a range of other remedies untenable. Nothing you can see or touch or smell or taste, and no interaction with staff gives you anything to blame or resent about the system that brought you here.

Defenders of the prison-industrial complex might be inclined to argue that it is pure naivity and weakness to assume the best of crimminals, believing that their behaviour is set in stone. However, there is a strong statistical basis that proves that the Swedish system works better. If society believes that a criminal cannot change, then even he would believe this to be true. If given the chance to, however, he just might be able to change for the better.