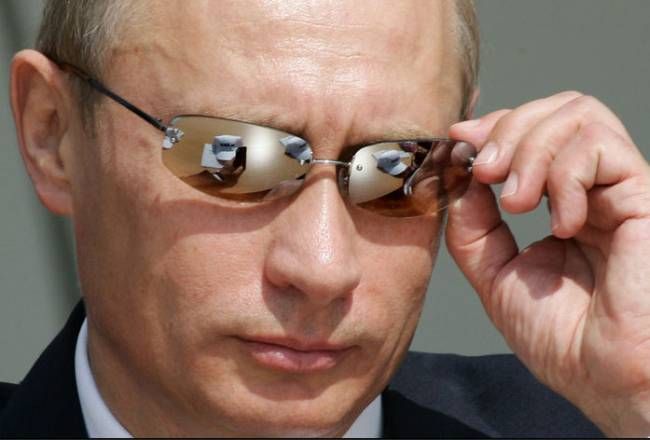 When politicians all around you start receiving millions of dollars from campaign contributions made by corporations run and owned by billionaires, you may start getting a bit skeptical.

When bailouts and trickle-down economics starts to result in a ‘recovery’ that is nothing more than a wealth redistribution from the poor to the rich, you may start to get angry.

When politicians start allowing the police to execute anyone from children, to the disabled, to the homeless with impunity in order to preserve the status quo, you know that you’re not alone in thinking these thoughts.

Isn’t it refreshing to see a politician behave with at least a pretense of being for the people, rather than openly funneling money to their wealthy backers, taken from Middle America? It is unfortunate that the politician in question is not an American. Putin, whatever you have to say about him, is a man for his people. And they know it, with an over 80% approval rating compared to Obama’s paltry 40%. When you live in the land of the free, you’ve just got to hate your president it would seem. Anything more would be propaganda!

In the video, we observe Putin forcing a billionaire oligarch to reopen a factory. He had surprised the people living in the town of Pikalyovo after several hundred people started protesting against the closure of the town’s only factory, which would result in many unemployed people with no place to go and no other way of eking out a living. Instead of chastising the people, blaming the people for not being skilled, holding up progress or even making the entire country uncompetitive… instead of wringing his hands and saying that there was nothing he could do, or that the billionaire was doing his gosh darnedest to help the people, as many politicians are fond of doing, Putin immediately set about getting the factory restarted.

In a meeting that was broadcast nation-wide, Putin said, “You have made thousands of people hostage to your ambitions, your lack of professionalism — or maybe simply your trivial greed. Thousands of people. It’s totally unacceptable.” He also said that the men had scurried like cockroaches when he arrived unexpectedly. When everyone but the oligarch signed the document reopening the factory, Putin tossed him a pen in contempt and had the cowed billionaire put down his John Handcock. When the oligarch attempted to make off with the pen, Putin told him to put it back. Like a boss. Pen thievery will not be tolerated, even from a billionaire. $1.5 million in back wages were returned to the workers, many of whom are now living in desperate poverty. Hardly anything a billionaire could not easily provide.

Although this is arguably a publicity stunt, I would certainly like to see our own politicians at least pretend to stand up to the bailed out banks, the billionaires and the corporations every once in a while. The representative of the people is rather worthless if his only real job is to suppress the people for the greed of the corporations.