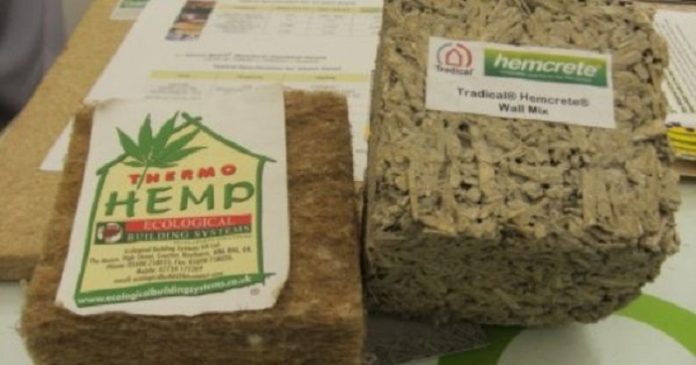 Hemp is among the oldest industries on the planet, dating back more than 10,000 years to the beginnings of pottery. The Columbia History of the World states that the oldest relic of human industry is a bit of hemp fabric dating back to approximately 8,000 BC.

Hemp is the high growing varieties of the Cannabis plant and its products, which include fiber, oil, and seed. It is refined into products such as hemp seed foods, hemp oil, wax, resin, rope, cloth, pulp, paper, and fuel. Aside that, several first-hand biomedical researches have supported the use of cannabis for disease prevention or treatment.

It is therefore not surprising when personalities like Thomas Jefferson said “Hemp is one of the greatest, most important substances of our nation”.

It is believed that George Washington, John Addams and Thomas Jefferson all grew hemp on their private farms”. And even “the Declaration of Independence itself was even drafted on paper derived from hemp”. Americans were legally bound to grow hemp during the Colonial Era and Early Republic.

In 1937 Congress passed the Marihuana Tax Act which effectively began the era of hemp prohibition. The tax and licensing regulations of the act made hemp cultivation unfeasible for American farmers. The chief promoter of the Tax Act, Harry Anslinger, began promoting anti-marijuana legislation around the world. And that is how the ban of hem around the world started.

However way you may take this, this is only to tell you how far the hemp issue has eaten up from past and recent history of the US.

In a Meta Analysis done and published in 2009 on cannabis, the abstract of the study highlighted an enormous benefit of the ‘devil’s’ herb. It came to light that effective therapeutic options for patients living with chronic pain are limited. And in order to find other alternative to this situation, cannabinoids treatment of chronic non-cancer pain was conducted.

The study as revealed in the abstract, “overall the quality of trials was excellent. Fifteen of the eighteen trials that met inclusion criteria demonstrated a significant analgesic effect of cannabinoids as compared to placebo, several reported significant improvements in sleep. There were no serious adverse effects’’.

The study boldly concluded that ‘overall there is evidence that cannabinoids are safe and modestly effective in neuropathic pain with preliminary evidence of efficacy in fibromyalgia and rheumatoid arthritis’.

Apart from this study, we can even tell without any special expertise in medication that a hemp seed containing proprietary Chinese herbal medicine alleviates symptoms of functional constipation. Medical experts have recommended that low-Dose Vaporized Cannabis Significantly Improves Neuropathic Pain. It also reduces anxiety in social anxiety disorder through modulating the limbic and paralimbic brain areas.

Cannabis extract is said to be safe and efficacious in reducing chemotherapy-induced nauseau and vomiting.

If we know that hemp has all these benefits, why then these information are not easily available to the public? Is it to protect some corporations’ interests? But it is not too late. By the time all the facts about hemp are known to majority of people, it would revolutionize its legalization throughout nations. Mark it somewhere.