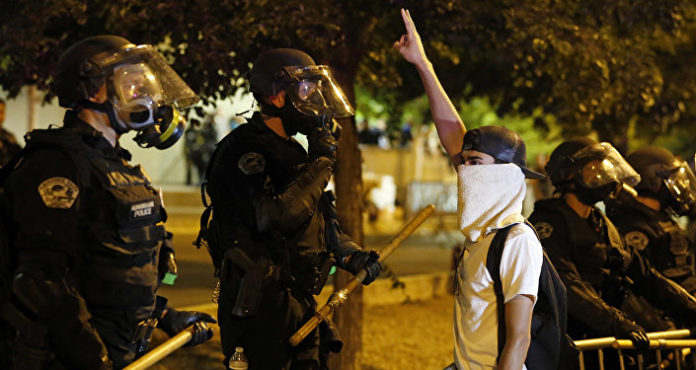 The Albuquerque PD has shown itself to be one of the most corrupt agencies in the United States. They have brought us a number of extremely controversial shootings and have been investigated by the Justice Department multiple times. The most recent scandal involved a whistle blower, and the intentional destruction of body cam evidence that could have shown misconduct on the part of officers. Albuquerque PD employee, Reynaldo Chavez, provided sworn statements in the case of Mary S. Hawkes, a victim of the Albuquerque police, in which he described in detail the unlawful destruction of body cam footage in whole or in part. His testimony comes from his knowledge while working as the Central Records Supervisor for the department. He was in charge of determining what would be released under Freedom of Information Act requests. During his time in this position, he would seek approval prior to release of sensitive information, particularly as they pertained to officer-involved shootings. On more than one occasion, Chavez recalled that his supervisors would deny requests and give no reasons, telling him that they would just “pay the fine.”

Chavez was also told by attorneys for the city to “creatively identify an allowable exception to IPRA to withhold production of responsive public records in an effort to “baffle” or frustrate the requester or otherwise burden them.” He was also told to fabricate reasons for the delays. He acknowledged that it was the “political calculations” of the city that motivated their criminal behavior on this matter.

In his testimony, he states that he was aware that the primary person in charge on handling the agency’s body cam videos knew how to modify, delete or alter footage. He learned that this person, identified as Frank Pezzano, had in fact altered and deleted footage pertaining to the Mary Hawkes shooting. When he alerted Frank’s chain of command, he was notified that supervisors high up in the chain had authorized this. The lieutenant who authorized this was identified as Lt. Aragon.

Chavez had gone into the agency’s video account with the website Evidence.com. He was able to see the ‘audit trail’ of the footage in question and saw that it had, in fact, been edited. The evidence.com website used by the department, allows the user to edit videos, cutting out sections and even blur out areas they wanted to. It also became known to Chavez that the department was actively training their public information officer, as well as command staff, to use the software to edit videos. This basically gave the department the ability to alter or erase controversial footage at will. Supervisors’ ability to delete video was only hampered by the officer who wrote the report. Many times, officers would mention submitting video, thereby making its deletion obvious as a cover up. Many times, these types of videos were found to have been altered or corrupted, if they could not be deleted entirely. The case which brought this to light was the case of Mary Hawkes, who Chavez claims to observe distinct signs that the current videos were tampered with. He states that he can tell by the video resolution that it was altered from the original. He also observed what he knows to be tampering – using the blurring tool available on evidence.com. “I can tell looking at Tanner Tixier’s video that it has been altered using the functionality within evidence.com where you can make the slides of the video blurry or unclear.” According to reports released in March 2016, Officer Jeremy Dear was terminated from the department for not using his lapel body camera. If what Chavez says is true, the implications are far more sinister. This could mean that he did use his camera and his supervisors saved him from prison by deleting the footage.

Chavez’s testimony was taken as part of the civil rights violation lawsuit filed by the family of Mary Hawkes. This case has been referred to the Department of Justice for investigation, but until now, there has been no word on whether or not an investigation will begin. The testimony from Chavez shines a light on a significant number of cases that now deserve a fresh set of eyes. Chavez was terminated from the department, allegedly for sexual harassment, however, the timing of his firing oddly aligns with his questioning of his supervisors about their unethical behavior and cover-up of police shootings.

This article (Albuquerque PD Whistleblower Says Supervisors Deleted and Altered Body Cam Footage) is a free and open source. You have permission to republish this article under a Creative Commons license with attribution to the author and AnonHQ.com.