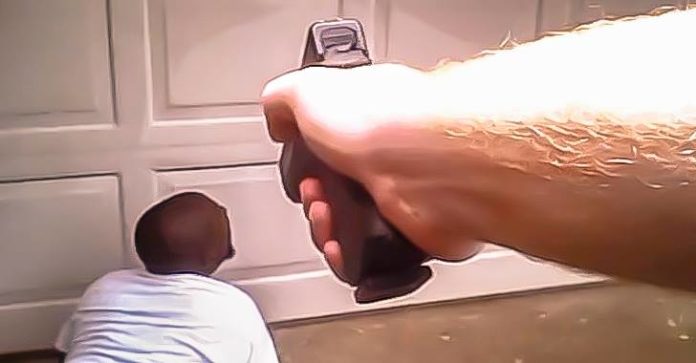 (MINTPRESS) As controversy continues to swirl around the issue of police violence in the United States, the media continues to be our main source of data about the scope of the problem.

The Washington Post, which tracks fatal shootings by police as part of its Fatal Force project, reports that there have already been 20 more fatal shootings this year compared to the same period of 2015.

“After covering several high-profile incidents involving the killings of civilians by police officers in 2014, Washington Post staff writer Wesley Lowery was surprised to discover that there were no official statistics about such fatalities. So Lowery pitched an idea to his editors: The newspaper, he suggested, should collect the information itself and analyze it for patterns in law enforcement.”

While the FBI does track police killings, reporting by departments remains strictly voluntary, even despite what the Guardian’s Jon Swaine described in 2015 as a long-running “debate about why the American government has failed so badly to monitor this issue of national importance.”

A total of 990 people were shot to death by police in all of 2015, according to Fatal Force, and as of Thursday afternoon, police had claimed the lives of 485 people so far this year. In both 2016 and 2015, mental illness was a known factor in about a quarter of all deaths.

Police are increasingly showing up as the first responders in emergency calls involving the mentally ill, and those encounters all too frequently turn violent or even fatal. Last July, Denver erupted in protest when police fatally shot Paul Castaway, a mentally ill Native American man, as he held a knife to his own neck in a crowded trailer park.

The issue of how officers treat the mentally ill, as well as the broader issue of police violence, is cutting more and more across party lines. In January, Rich Lowry, editor of the conservative National Review, strongly criticized the state of mental health care and policing in the U.S.:

“These shootings are another tragic symptom of our contemptible outsourcing of the severely mentally ill to law enforcement. The police are our de facto front-line mental-health workers — ‘armed social workers’ in the pungent phrase of one observer — and jails are our de facto psychiatric-hospital system.

The British newspaper the Guardian maintains The Counted, its own, slightly broader database of people killed by police in the U.S. by all known causes, including gunshots, tasers, and other factors which have resulted in people’s deaths while in police custody. As of Thursday afternoon, the Guardian reports that 531 people have been killed by police so far this year, including 499 who have been fatally shot by police — one fewer gunshot death than what’s being reported by Fatal Force.

And while both databases show similar figures for police-inflicted gunshot fatalities, their overall figures don’t always completely line up. For example, The Counted reported that 1,019 people were fatally shot by police in 2015 — 29 more than Fatal Force reports.

This discrepancy between the Guardian’s data and the Washington Post’s may highlight the need for more official statistics. Yet a government-mandated database of police killings remains unlikely, short of congressional intervention, reported David A. Graham in a June 2015 article for The Atlantic.

“If Congress can devise an effective mechanism for gathering data on police-related deaths, perhaps it can produce a similarly outsized impact,” Graham wrote. “In the meantime, that hole in the data seems likely to remain a major obstacle to police reform.”

This article (Almost 500 Americans Killed By Cops So Far in 2016) by MintPress News Desk originally appeared on MintPressNews.com and was used with permission. Anti-Media Radio airs weeknights at 11pm Eastern/8pm Pacific. If you spot a typo, email [email protected].