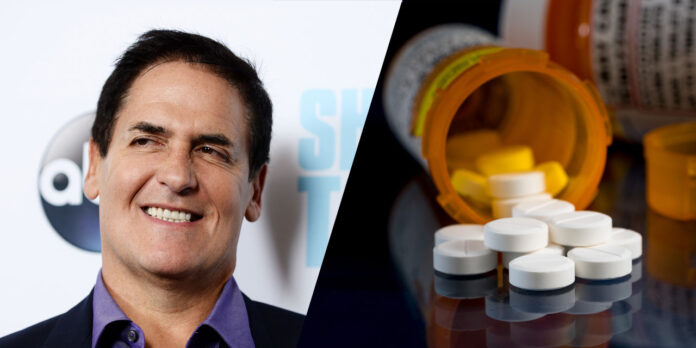 One of the biggest issues in the medical care industry in the United States is the price of drugs and medications. People have debilitating or life-threatening diseases, and yet they can’t afford the treatments and medications that they need. Billionaire Mark Cuban has created a new pharmacy with the goal of solving this problem. His new company, The Mark Cuban Cost Plus Drugs Company (MCCPDC), is an online pharmacy selling much-needed medications for affordable prices.

In January 2020, the then-CEO of Turing Pharmaceuticals raised the price of the life-saving drug Daraprim from $13.50 to $750 per tablet. People across the country were outraged, including billionaire Mark Cuban. He said that the pricing of generic drugs was absolutely ridiculous and so set out to make a change. In his words, his goal is to “show capitalism can be compassionate and to send the message I am all in.”. (1)

He has now created the Mark Cuban Cost Plus Drugs Company (MCCPDC) to make it more affordable for people across the country to access the medications that they so desperately need. MCCPDC is now a registered pharmaceutical wholesaler that purchases drugs directly from manufacturers. They do this to cut out the middleman and successfully lower the prices for over 100 medications. The company is now officially open and operational.

Fair Prices For All

It is insane to think that there are people in the United States that die every day or live in chronic pain simply because they can’t afford the medications they need. Unfortunately, it’s true. For example, the leukemia drug imatinib retails for $9657. At Cuban’s online pharmacy, however, it is only $47 per month. MCCPDC says that the mark-up on generic medications is at least 100%, however, other reports show that this mark-up can be even greater than 1000%.

“Everyone should have safe, affordable medicines with transparent prices.” the MCCPDC website quotes Cuban as saying. (2)

The company does not accept insurance claims, meaning that customers have to pay out of their own pocket for them. That being said, MCCPDC says that the majority of their medications cost less than most insurance plan’s deductible and copay requirements. In order to order a medication, patients will need to have a new prescription from their US-based medical care provider.

MCCPDC fees include the cost of the medication, a mere 15% mark-up, a $3 pharmacist fee, and then a roughly $5 shipping fee. The shipping fee can vary depending on your location.

Why Is There Such A Markup On Medications?

Naturally, many of you are probably wondering why there is such a high markup on medications in the first place. This is especially considering that these medications can save people’s lives. First of all, the medical industry, including hospitals, is a business that exists to help people but also to make a profit. Very few states have regulations that limit what kind of markup hospitals can put on medication prices and therefore have free reign over what they choose to charge. To be clear, not all hospitals charge such insane prices, typically just the for-profit ones. Non-for-profit hospitals do not, however, care at these locations can be tough due to lack of funding. (3)

On top of this, pharmacies – another part of the medical industry – also want their own cut of the profits. Add all of these factors in and the prices skyrocket before your eyes.