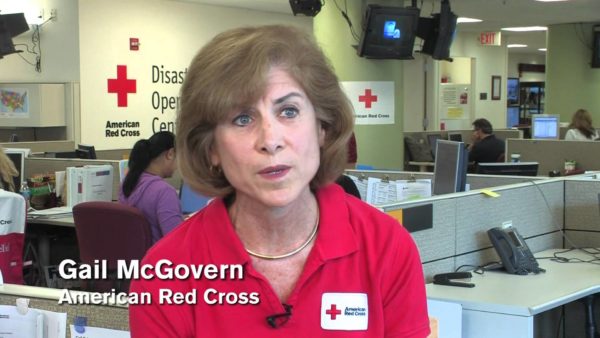 On January 12, 2010, a devastating earthquake measuring up to 7.0 moment magnitude struck the Caribbean nation of Haiti. Between 100,000 to 316,000 deaths were reported from the disaster. More than three million people were also made homeless from the disaster.

The earthquake was one of the deadliest natural disasters to have happened in this third Millennium. Many countries and organizations responded to appeals for humanitarian aid, pledging funds and dispatching rescue and medical teams, engineers and support personnel to help the country. The American Red Cross was among the many organizations that pledged to provide humanitarian help.

After the disaster, the Red Cross raised nearly $500 million to help in the reconstruction process. The Red Cross received the donations after it campaigned with sorrow and sadness that it was going to use the money to help vulnerable people affected by the disaster. This led many to probe deeper into the issue, with the United States Congress taking a lead role to ascertain the veracity of the allegation made. The Red Cross was created by a congressional charter more than a century ago. The organization receives a wide range of special benefits from the United States government. It is therefore subject to congressional probe.

Some of the details that have emerged from the investigation led by some members of Congress are shocking. It has been revealed in a new report that the Red Cross spent a quarter (25%) – equivalent to $125 million – of the money people donated to help the needy in Haiti on its own internal expenses.

The report was released by Republican Senator from the state of Iowa, Chuck Grassley. Senator Grassley chairs the Senate Judiciary Committee. He was tasked by Congress to lead the investigation. The report revealed that top officials of the Red Cross deliberately obstructed congressional investigators and released incomplete information about its Haiti program to the public. The report said “there are substantial and fundamental concerns about [the Red Cross] as an organization.”

During the congressional investigation, the Red Cross told investigators that $70 million was spent on program expenses in Haiti. But the Red Cross was unable to provide any financial evidence that oversight activities occurred.

Chief Executive Officer of the Red Cross, Gail McGovern, told investigators that her organization gave [the Government Accountability Office] everything that they asked for during an earlier review. Again, investigators found that the Red Cross did not provide everything requested, contrary to Ms. McGovern’s multiple claims that it did. Investigators also found that the Red Cross has deliberately kept its own internal investigations and ethics unit “severely undermanned and underfunded.” This has made the unit unable to police any wrongdoing in the organization.

Investigators finally found that about 25% of donations sent to Haiti – nearly $125 million – was spent on fundraising and management, a contingency fund and the catchall category the Red Cross describes as “program expenses.”

After wasting this amount, the Red Cross then sent the bulk of the remaining donations to other nonprofit organizations who were working in Haiti. It is said those organizations then also took their own cuts, some as high as 11%, for their own internal expenses.

Senator Grassley, the author of the report, said the revelations made by the congressional investigators show that the Red Cross should be probed on other disasters it got involved in, as there is evidence of mismanagement and corruption in the organization. “The most important thing [from the report] is an unwillingness to level with the people exactly where the money went. There’s too many questions in regard to how the money was spent in Haiti … it gives me cause to wonder about other money being donated for other national disasters. One of the reasons that they don’t want to answer questions is it’s very embarrassing,” Senator Grassley said.

This Article (American Red Cross Spends 25% Of Haiti Donations On Internal Expenses, Builds Only Six Permanent Homes After The Disaster) is free and open source. You have permission to republish this article under a Creative Commons license with attribution to the author and AnonHQ.com