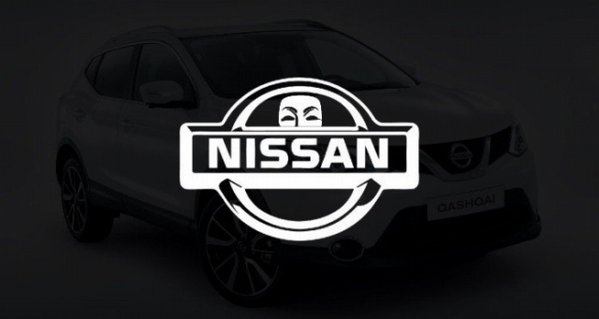 Recently, Anonymous attacked several Japanese government websites in protest of the country’s decision to continue its whaling programme in the Southern ocean.
On Wednesday, Nissan had to shut down their main and global websites till 2:00 p.m. GMT, after they suffered several cyber attacks. According to reports, the company decided to shut down their websites in order to prevent further attacks from the infamous hackers “ANONYMOUS”.
In an interview with Bloomberg, Nissan stated that due to the current cyber attacks, the company has had to shut down its main website and other global website in order to prevent any breaches from hackers. Since the attacks, Nissan has ensured the protection of the company and its customers’ data. Nissan also stated that the company does not have any connection to whale or dolphin hunting.
Despite the number of protests from hackers, activist and celebrities, the practice of hunting whales and dolphins still continues to this day. This operation is also known as #OPKILLINGBAY.

Greetings citizens of the world, we are Anonymous.
We at Operation KillingBay have been watching Iceland for some time. They continue to slaughter an endangered species for commercial gain.
Now is the time to act. We bring you #OpWhales… READ FULL MESSAGE HERE

SOME TWEETS ABOUT THE OPERATION:

This Article (Anonymous Attack Nissan In Protest Against The Hunting Of Whales | #OPWhales |) is free and open source. You have permission to republish this article under a Creative Commons license with attribution to the author and AnonHQ.com.