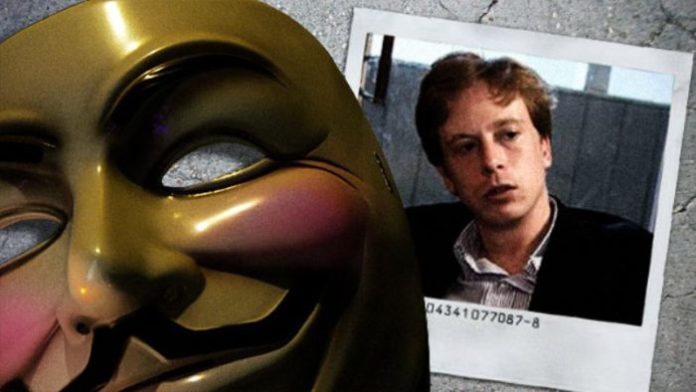 Investigative journalist Barrett Brown, labeled once as the spokesperson of Anonymous, recently completed a 4-year prison sentence related to the hacking of the U.S-based private intelligence firm Stratfor.

Of course, the Stratfor hack had nothing to do with Brown, but because he volunteered to investigate further on the hacked files, shedding light on how Stratfor and other private intelligence firms spied on activists (including Julian Assange and Glenn Greenwald) on behalf of corporations, he became an enemy of the government. As we know, the government works for the interests of corporations. At one point during his trial, Brown faced a one hundred year prison sentence. He was forced to plead guilty to lesser charges, including transmitting threats, accessory to a cyber-attack and obstruction of justice. Even his mother was not spared. She was sentenced for obstructing justice.

When Brown was being held, many activists said he was unfairly targeted for investigating the highly secretive world of private intelligence and military contractors. Before his arrest, Brown appeared in the documentary ‘We are Legion’ and talked about the importance of information obtained by hackers.

From his activism, Brown managed to found Project PM, a crowdsourced investigation focused on research and analysis on how the government is using secret surveillance to expand its capabilities at the detriment of citizens.

Privacy activists have lauded Brown’s initiative. However, the corporate mainstream media, which have always been the puppet of the government instead of supporting Brown, are rather advocating for law enforcement officials to be on his neck.

Although Brown has been released, he still has a maximum two-year probation period. In an interview with Democracy Now, Brown revealed he has had enough of America. According to him, apart from the smear campaign spearheaded by the mainstream media to discredit investigative journalists and activists like him, the U.S. public too, has become a dormant; unconcerned about the rate of surveillance and harassment against activists by law enforcement officials.

Brown said it impressed him when a state prosecutor was sacked in Germany some few years ago, due to public protest against the officer. The public had become aware that the officer had secretly investigated a news website that had published leaked documents. “That would never happen in the U.S. And that’s the kind of country I want to live in, with people who I share some, you know, degree of decency with. After my probation is finished, which will be, at the maximum, two years from now, but more likely one year, I guess I’ll be able to leave the country, at which point I’ll be giving up my citizenship and applying for citizenship elsewhere,” he said.

The U.S. is dangerous for whistleblowers. Chelsea Manning and Edward Snowden have suffered for making the public aware of the crimes the U.S. government is committing in secrecy. Julian Assange also risks being deported to the U.S. to face so-called espionage charges.