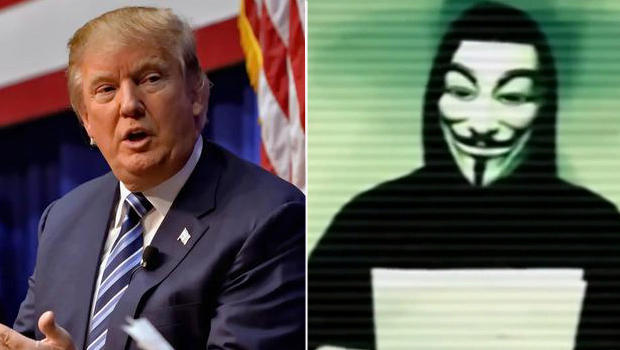 After ISIS, it was Republican presidential candidate Donald Trump’s turn to feel the heat for spreading Islamophobia. A group of anonymous online hacktivists under #OpTrump targeted Trump’s website for several hours with distributed denial of service (DDOS) attacks on December 9 to denounce the real-estate mogul for his anti-Muslim comments.

Trump Towers NY site taken down as statement against racism and hatred. https://t.co/n5ftLrOs1P (what you see is cloudflare offline backup)

Earlier this week, the group posted a video on YouTube with a message that read:

“Donald Trump, it has come to our attention that you want to ban all Muslims from entering the United States. This policy is going to have a huge impact. This is what ISIS wants. The more Muslims feel sad, the more ISIS feels they can recruit them. The more the United States appears to be targeting Muslims, not just radical Muslims, you can be sure that ISIS will be putting that on their social media campaign. Donald Trump, think twice before you speak anything. You have been warned“.

Anonymous launched #OpTrump this week in response to Trump’s proposal that all Muslims be banned from entering the United States “until the country’s representatives can figure out what’s going on” with ISIS-linked attacks like the recent mass shooting in San Bernardino, California.

The hacking collective also attacked Donald Trump for his announcement that if he is elected to become president of the United States, one of his first actions in office would be signing a particular executive order.

This Article (Anti-Muslim Rhetoric: Anonymous Declares War On Donald Trump) is free and open source. You have permission to republish this article under a Creative Commons license with attribution to the author and AnonHQ.com.