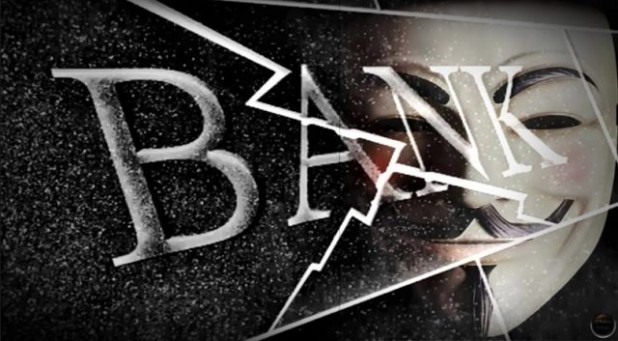 The Anonymous DDoS attack on the Bank of Greece website was in protest against the known global corruption inside of the financial banking sector.

While there are several entities of Anonymous, this particular one has just recently recommenced their own operation in which they labeled as ‘#OpIcarus.’ This operation is a 30-Day hack operation in order to target the corrupted global financial institutions. During the first series of attacks, this Anonymous faction launched a DDoS attack (DDoS = Distributed Denial of Services). This attack was directly aimed at the Bank of Greece website. This powerful DDoS attack had taken down the bank’s website and ultimately forced their servers to remain offline, exceeding the 6 hours mark.

Anonymous launched their #OpIcarus faction in March of 2016. Anonymous stated that the financial institutions and other financial giants are also involved in corruption and that the #OpIcarus operation is there to register the collective’s protest and rise against such crony capitalism. This Anonymous group had also proceeded to release their own ‘warning’ video on YouTube,  announcing their attack.

“Attention Brothers and Sisters: The opportunity to create financial chaos and public unrest and from that, there will be a previously unachieved amount of lulz to be had. Charge your lasers and aim them at the Financial Matrix.

It has been said that humanity is not an end in itself but rather a means to an end. We have shown the world our strength to deny ignorance, overcome adversity, fight oppression and even the power to throw a wrench in the system that perpetuates it. We are enslaved within a matrix of institutions with the illusion that each stands alone, each fighting for power, for profits, for the scraps on the table that represent humanities dwindling resources. In reality however, these institutions; the arms industries, banking and other financial institutions, government intelligence agencies and countless others have formed what was once a clandestine coalition whose corruption and avarice have become increasingly transparent due to wikileaks and the efforts of anonymous. This coalition seeks the preservation and the perpetuation of the powers that be and this octopus operates through the tentacles of the IMF, the Federal Reserve and the World Bank, masterminded by think tanks such as the Bilderberg group and the Council on Foreign Relations.

The puppets of the powers that be include the president of the united states and his cabinet, and through them they are able to repress the freedom of information and with it the free and open exchange of ideas which are fundamental to the existence and operations of anonymous and the ability to see beyond the veil of secrecy from which the powers that be stand behind. But where does the power behind the throne lie? Within the global financial system, centered within the New York stock exchange and the London Stock Exchange.

They feel secure in their ivory tower built on the broken backs of the laborers of the world for what are their subjects but human…all too human. In humanity lies the restraints of pity and mercy, driven by fear. But We are not merely human. Anonymous is something much more for we possess neither fear nor mercy. It is time to show the world the true power and the true face of the faceless, the nameless and the ghosts of society.

Like Icarus, the powers that be have flown too close to the sun and the time has come to set the wings of their empire ablaze and watch the system their power relies on come to a grinding halt and come crashing down around them. We must strike at the heart of their empire by once again throw a wrench into the machine, but this time we face a much bigger target; the global financial system. This time our target is the New York Stock Exchange and the London Stock Exchange.

This is a call to arms my brothers who for too long have stood for nothing but have criticized everything. Stand now, behind the banner of free men against the tyrannical matrix of institutions that oppose us. Ready your weapons and aim them at the New York Stock Exchange and the London Stock Exchange. This is the operation to end all others. Innocent people may stand to lose something from this but the powers that be stand to lose much more. Bring the rain brothers.

Coming back to the DDoS attack on the Bank of Greece website, the website still seems to be under attack at the time of writing this article.”

In efforts to prove they are the real deal, the also released a screen shot of the bank’s server status check.

With a released threat against these banks, it still remains to be seen upon how these bank sectors will protect their valuable websites from Anonymous and their attacks.

This article (Anonymous Hackers: DDoS Attacks ‘Bank of Greece’ Website) is a free and open source. You have permission to republish this article under a Creative Commons license with attribution to the author and AnonHQ.com.