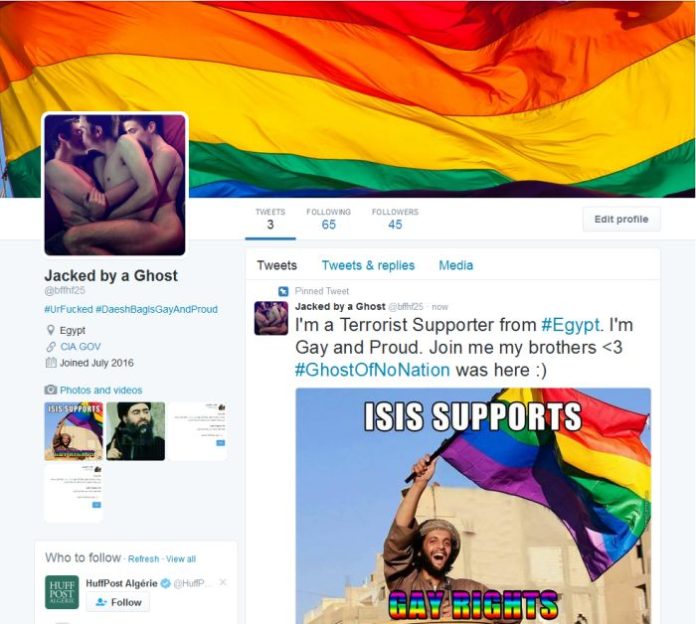 WachulaGhost first targeted ISIS in the wake of the notorious shooting at the Orlando Pulse nightclub in Florida, in 2016. ISIS later claimed responsibility for the attack in which 49 partygoers were killed and 53 were severely injured.

Deeply affected by the terror attack, WachulaGhost infiltrated hundreds of pro-ISIS Twitter accounts and gave them wonderfully gay makeovers. IP addresses, contact information and phone numbers were also leaked by WachulaGhost for fellow hackers to use. He told CNN:

Following his actions against the terror outfit, he received beheading images and death threats; but he remained undeterred and vowed to keep attacking ISIS online. He told Newsweek:

#WauchulaGhost is even better than #GhostSec (deleting #ISIS accounts).