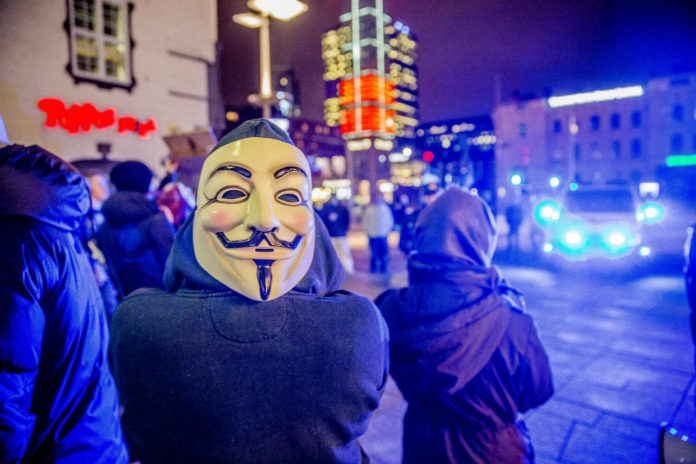 Despite a more than 30-year ban on commercial whaling worldwide, Norway is the world’s top whaling country killing more of the marine mammals than Iceland and Japan combined. Meanwhile, 90% of the minke whales hunted and killed each year in Norwegian waters are female and almost all of them are pregnant.

To protest the Nordic country’s whaling industry, Anonymous, an online group of hacktivists, shut down several Norwegian institutions including banks, authorities, media, tourism and academic institutions and rendered the website of the Norwegian Fisheries Ministry inaccessible as part of the #OpWhales campaign.

“it’s indefensible from the point of view of the animal’s well-being to hunt them during pregnancy” #OpWhales pic.twitter.com/SubcwDrHfR #BluePlanet2

“They want to get at Norway. Therefore, it may be a sheer coincidence who is affected. As long as they can inflict harm, they are satisfied,” Pettersen said, suggesting that Anonymous also encourages other people into procuring malware and using it against Norway.

Although whaling is a controversial practice internationally, it enjoys broad political support in Norway. While authorities consider whaling a part of a balanced ecosystem, and it might be culturally and historically important, whale meat is an important part of the Norwegian diet.

Prior to the whaling ban, Norway killed approximately 2,000 minke whales per year. This year, it allowed whalers to kill an increased quota of 999 minke whales, up from 880 animals in 2016. For the sake of comparison, Iceland’s quota for 2016 to 2018 is 224 whales, while Japan’s whaling quota is 333 whales a year.