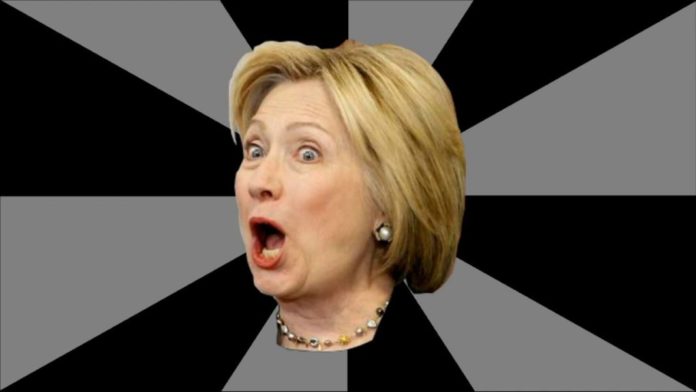 On October 27th, a DAPL worker was caught trying to infiltrate Native land-protectors, armed with an AR-15 rifle. Kyle Thompson, an army veteran and hired security worker contracted with Dakota Access, was spotted by land protectors as he sped towards their main resistance camp with the AR-15 on the passenger side of his truck. Protestors successfully chased Thompson down, and pursued him on foot until he was arrested by Bureau of Indian Affairs police. Dakota Access initially tried to deny that Thompson was employed through them, despite the DAPL identification card with Thompson’s name and photo that was found in the truck, as well as the vehicles papers, which were registered to Dakota Access. Thompson was handed over to the FBI, who in turn handed him over to Morton County. Morton County then released Thompson with no charges. He has since claimed to be the victim, stating he was only there to take photographs of burning machinery. He provided no explanation as to why he was armed with a military-grade weapon, why it is he purposefully covered his arm-tattoos, or why his face was covered with a bandana.

Overnight on the 29th, Native land protectors reported a brush fire near the main resistance camp, however no emergency teams responded after they called 911, and the surveillance planes and helicopters that constantly fly over the region disappeared about 2 hours before the fire began. Land protectors believe the fire was intentionally set by Dakota Access employees. This information comes from Dallas Goldtooth, an organizer with the Indigenous Environment Network.

Activists, journalists, and land protectors have reported being locked in dog kennels, and marked with numbers upon arrest, sparking outrage, as many people are making comparisons to Nazi Germany. According to Alek Hidell, after law enforcement arrested over 140 protesters on the 27th, citizens were kept in make-shift chain-link cages on a concrete floor, and marked with numbers on their forearms.

And on Wednesday, law enforcement assaulted another group of Natives who were attempting to protect a burial site near the Cantapeta Creek, as reported by AnonWatcher. Land protectors were hit with pepper-spray and mace, and some were shot at point blank range with rubber bullets. Provided here is footage from Unicorn Riot. To see more direct footage of events unfolding at the DAPL, please visit Unicorn Riot’s website and YouTube page. (www.unicornriot.ninja)

In Shelby County, Alabama, a gas pipeline operated by the Colonial Pipeline Company exploded October 31st, killing at least one person, and injuring several others. The explosion happened five miles from a Colonial pipeline leak that occurred in September, spilling around 336,000 gallons of gas. This explosion follows reports from last week of a pipeline leak in Pennsylvania that spilled around 55,000 gallons of gas into the Susquehanna River, which also happens to be one of the most endangered rivers in the United States. Again, this is the type of catastrophe those who are opposing the Dakota pipeline have been trying to prevent.

In political news, it was found by Newsweek that, for decades, companies owned by Donald Trump have defied court orders, and destroyed documents that were sought in official proceedings. One of the earliest cases was from 1973 when the Justice Department filed a civil rights case against Trump’s real estate company on charges that it didn’t rent to African-Americans. In that case, Trump ignored requests to provide the documents sought by government prosecutors, and later gave a deposition stating that his company shredded all corporate records. Trumps quote, “questionable conduct with documents,” stems throughout the preceding decades.

New emails in the probe of Hillary Clinton were discovered on electronic devices belonging to Clinton’s top aide, Huma Abedin, and her husband, Anthony Weiner. The media has since been in an uproar, stating the Clinton email investigation has been reopened, however, according to Benjamin Wittes of the Brookings Institute, it’s more accurate to say that Comey is merely informing Congress that there may be new information within the emails that could complicate the FBI’s initial representations. Federal prosecutors do state, however, that at this point, a bombshell does not need to be uncovered, and that simply adding to the growing body of evidence could invoke a prosecution on various fronts. Some also believe Abedin may have misled investigators when she insisted she had provided all of her electronic devices that held State Department records. So far, the FBI has found emails that relate to Clinton’s tenure as secretary of state, but it still remains to be seen if the emails are significant.

Two police officers in Iowa were ambushed and fatally shot in separate attacks as they sat in their patrol cars on Wednesday. Sgt. Anthony Beminio and Officer Justin Martin were both from the Des Moines area, and were shot at intersections two miles apart from each other, within 20 minutes. The suspect responsible for both killings has been identified as 46-year-old, Scott Michael Greene, who had a history of, quote, “racial provocations and confrontations with police,” according to the Associated Press. He was arrested the next morning after flagging down, and identifying himself to a state Department of Natural Resources employee, who he then asked to call 911. Greene was also found to have intense money problems, and had financially exploited and physically abused his mother, according to District Judge Carla Schemmel. Greene has been charged with two counts of first-degree murder.

In world news this week, First Nations activists in Canada have declared a victory following their occupation of a hydroelectric dam construction site, according to Democracy Now. Activists took over the site on October 22nd with demands that the company behind the project take the necessary precautions to prevent methylmercury poisoning in traditional food sources in the area. The company has since stated it will leave any decision to flood the area to be subject to scientific review. In the meantime, the victory has come at a cost, as the journalist who documented the occupation faces an order to appear in court. Justin Brake, who is editor of the online, Newfoundland-based newspaper, The Independent, is now facing contempt of court charges for following the activists onto the dam site after they cut through the fence.

In Iceland, the Left-leaning Pirate Party has tripled its seats in parliament, recent election results show. The Pirates won 10 seats, which more than triples its previous three seats in the last election. The Left-Green Party also won 10 seats, who along with their allies, claimed a total of 27. This is just short of the 32 seats required to command a majority in Iceland’s Parliament. The current lean towards Left parties resulted after Prime Minister Sigmundur Gunnlaugsson’s resignation in April, when it was revealed that high-profile figures held offshore assets. The core issues the Pirate Party aims to address include; direct democracy, freedom of expression, civil rights, net neutrality, and transparency. They seek to re-nationalize the nation’s natural resource industries, create new rules for civic governance, and issue a passport to Edward Snowden, according to a report from Common Dreams. The center-right Independence Party still won the biggest share of votes in the country’s elections, and Iceland’s president has since asked them to form a government, however this current lean towards the Left is being taken as an indicator of positive changes to come.

In what is being called a historical first, the International Criminal Court, or ICC, is preparing to initiate a full investigation into potential war crimes and crimes against humanity committed by the U.S. government in Afghanistan. Chief prosecutor, Fatou Bensouda, is seeking to initiate an investigation in the coming weeks, most likely after the U.S. presidential election, but before the end of the year. The prosecutor’s office states it has brought to attention numerous times the alleged abuses of detainees in U.S. custody, which they have described as particularly cruel – but the U.S. has not properly addressed their concerns. Although it’s being acknowledged it may be difficult to bring charges against America, U.S. officials are still becoming nervous, and have recently traveled to The Hague to express their concerns about the scope of the investigation. The situation presents a sharp setback for President Obama, who has tried to discourage an investigation into Afghanistan, and has even asked the ICC not to mention the possibility of U.S. war crimes. Past ICC reports suggest the Afghan government will receive scrutiny, as well.

The U.K.–based rights group, Reprieve, has recently released newly obtained documents that reveal the British military has been involved in selecting targets for the U.S.’s secret drone campaign. The documents show that personnel at U.K. bases that have been leased to the U.S. play a role in producing the, quote, “kill list,” for ongoing drone assassinations in Yemen, Somalia, and Pakistan, among other nations. The British government claims the U.S. is not operating drones from British bases, however they refused to answer questions about the specific role they play in selecting targets for the drones. The U.S. government has killed hundreds of civilians without being held accountable, according to Reprieve staff attorney, Jennifer Gibson, who also states the U.K. has questions to answer on their involvement. This comes after an exposé from the Intercept last month that revealed the inner workings of the NSA’s largest base in the U.K., and offered, quote, “concrete evidence of the British government’s complicity in the U.S. targeted drone assassination campaign,” unquote.

And in Mosul, hundreds of thousands of civilians are trapped as U.S. forces refuse to provide safe escape routes, and instead urge residents to, quote, “shelter in place.” In the meantime, the military assault on ISIS is quickly moving further into the Iraqi city, whose estimated population is between 1 and 1.5 million. The United Nations has already estimated that a battle could displace at least 1 million citizens, which would worsen the humanitarian crisis Iraq already faces.

In Anonymous news this week; the Million Mask March is upon us, and we want to wish everyone a safe and successful protest. As predicted last year, 2016 has seen no improvements, in fact we have watched the state of affairs in the U.S. crumble with the current mockery-of-a-presidential election, which is better described as a media circus. American values have disintegrated as U.S. politicians have dropped all inhibitions, and embraced bigotry and blatant deceit as though they are qualities to be proud of.

We have seen the corporate control over governments in action with the events transpiring at Standing Rock and in Canada, as well as the human and civil rights violations that have taken place directly in the public eye, for which there has been no justice. Murder at the hands of police has not declined, and war continues to rage around the world, largely paid for by American tax-payers.

We can easily surmise this year’s march will have a good turnout, and with the current tensions throughout various nations, as well as the propaganda and infiltration tactics being employed by governments, we once again urge Anons to be alert for undercover provocateurs, and to act as citizen-journalists by recording and photographing events in your area.

This article (Teh Weekly News – Episode 6) is a free and open source. You have permission to republish this article under a Creative Commons license with attribution to the author and AnonHQ.com.

Haze, Meko (2016). Meet Kyle Thompson, the Knightsbridge Risk Management employee that was disguised as a water protector. The Daily Haze. Retrieved from: http://thedailyhaze.com/kyle-thompson-knightsbridge/