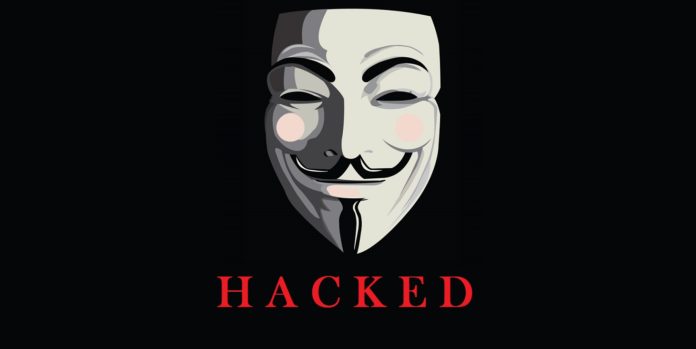 Here are the top 10 hacks and exposes of the legendary Anonymous collective’s hackers & activists.

Greetings world. We are Anonymous. We would like to introduce our first weekly top ten countdown starting with Anonymous’ top ten accomplishments.

Originating in 2003, what began as a relatively small vigilante cyber group has expanded and transformed into a continuation of the Civil-Rights movement. Today, thanks to our current technology, the Civil-Rights movement has spread to the internet and across the globe. As well as addressing longstanding issues, the challenges faced have now grown to encompass the people of all nations. Here is our top ten list of Anonymous’ accomplishments:

Beginning in late 2006, Anonymous focused on American white nationalist and Holocaust rejecter, Hal Turner. Between December 2006 and January 2007, individuals associating themselves with the Anonymous movement took Turner’s website offline, costing him thousands of dollars in bandwidth bills. Turner later tried to sue various websites, including 4-chan, eBaum’s World, and 7-chan, however his plea for an injunction fell upon unsympathetic ears. After failing to receive letters from the court, Turner’s lawsuit lapsed.

As well as shutting Turner’s website down, Anonymous was able to gain access to his private servers where it was found he was an informant for the FBI. Turner lost all credibility within the white nationalist movement once he was exposed, and he has since been convicted of threatening to kill Chicago judges.

In December of 2007, 53-year-old internet predator, Chris Forcand, was arrested and charged with luring two children under the age of 14 into sexual acts. Forcand was caught by individuals associated with Anonymous who were posing as children in an effort to collect evidence against child molesters. After being propositioned by Forcand with revealing photos, the individuals contacted authorities. This was the first time an internet predator was arrested by the police as a result of internet vigilantism.

The 2008 protests against Scientology, known as Project Chanology, gave the newly formulating Anonymous movement worldwide recognition. The situation began when a church-produced interview with Tom Cruise was leaked to YouTube. The church tried issuing a copyright violation claim against YouTube, and their attempts to censor the internet incited a swift response.

In January of 2008, Anonymous released its “Message to Scientology”:

Protests around the world soon followed, and due to its association with a stick figure known as Epic Fail Guy, which was commonly used as an identifier among 4-chan members, the Guy Fawkes mask made its first debut in the Anonymous movement. Guy Fawkes, as many know, failed at his endeavors. The mask was originally intended to brand Scientology a failure as well, however almost immediately, the mask became associated instead with the character ‘V’ from the movie, V for Vendetta. The Church of Scientology has since been in the spotlight for its cult-like practices, which allegedly includes imprisoning and financially exploiting its members.

In 2009, allegations arose of vote rigging after the Iranian presidential election. Thousands of Iranians took to the streets in what has been described as the “biggest antigovernment protests since the 1979 Islamic revolution.” Anonymous, in collaboration with The Pirate Bay and various Iranian hackers, launched a support site called Anonymous Iran. The site currently has a little over 86,000 members, and allows for information exchange between Iran and the world.

Operation DarkNet targeted child pornography sites, beginning with the hack of a prominent site called Lolita City. Beginning in October of 2011, Anonymous hackers began the operation by removing links to pornographic images and videos on Hidden Wiki, which was located on Tor’s Hidden Service Protocol. After a series of D-DoS attacks, 1,589 names of Lolita City users were eventually released to the public, including their username, volume of images uploaded, and age of account. Interpol and the Federal Bureau of Investigation were invited to investigate further records and conduct followups.

In 2012, Anonymous hackers successfully infiltrated emails belonging to prominent pro-Kremlin activists and officials. Among those hacked were the head of the Federal Agency for Youth Affairs, VasilyYakemenko, Kristina Potupchik, the press secretary for the Nashi Youth Movement, and the deputy head of the Department for Internal Affairs at the Presidential Administration, Oleg Khorokhordin. The information within the emails provided evidence which enabled many to accuse Yakemenko and his colleagues of paying bloggers to publish stories and commentary in favor of Vladimir Putin on negative press reports published on the internet.

Those with the Anonymous movement focused on the Judge Rotenberg Center for children and young adults with special needs in March of 2012 after reports surfaced of abuse and torture. Hundreds seeking medical attention at this facility were subjected to cruel and inhumane forms of punishment, including painful electric shock treatments, prolonged restraints, and food denial. Five more patients died there.

Anonymous announced in a YouTube video that the center and those affiliated were all targets. After hacking the website, names and addresses of the center’s sponsors, lobbyists, lawyers and supporters, as well as the founder, were all publicly posted on Paste-bin.

On the night of August 11, 2012, an intoxicated high school girl was sexually assaulted in public by her peers, several of which documented the act and posted it online. Many adults within the school tried to cover the incident and were later indicted for obstructing and hindering the investigation. Anonymous released an incriminating video on January 1st of 2013 that showed the self-proclaimed “rape crew” the night of the attack, all of which appeared to find the incident amusing. One of the football program boosters who allegedly tried to help cover the case was targeted by Anonymous hackers as well, and a number of emails and photos were released to the public.

On the morning of January 7th 2015, two armed gunmen stormed the offices of the Paris-based satirical newspaper, Charlie Hebdo, killing 11 people, and injuring 11 others.The gunmen have identified themselves as Islamist terrorists belonging to a Yemen-based branch of Al-Qaeda. Additional attacks followed the Charlie Hebdo shooting, claiming another five lives, and injuring another 11. Anonymous has since offered condolences to family members of the victims, and has declared war on Islamic extremists. The attack has been condemned by Anonymous as an assault on freedom of expression, and Jihadist websites andsocial media accounts that support Islamic terrorism have been targeted with the aim of disrupting, and shutting them down.

Anonymous began an attack on February 9th2015 against the Islamic State of Iraq and the Levant’s social media accounts, as well as internet-based recruitment drives. As a result, those in the movement have successfully destroyed months of recruiting work. By February 10th, at least 800 ISIS-affiliated Twitter accounts were closed, and within the first three days of the operation, 1,000 ISIS websites wereshut down.