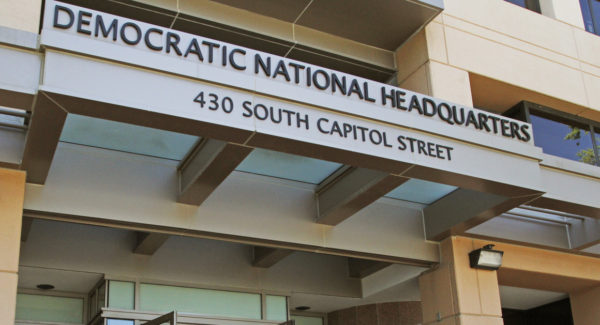 The damning emails published by WikiLeaks, revealing how senior officials of the Democratic National Committee (DNC) conspired to ensure that Hillary Clinton secured the nomination of the Democratic Party, is still ravaging through the party. More and more people are tendering their resignation letters, stepping aside from the governing body of the party.

Before senator Bernier Sanders left the Democratic Party, he said the publication by WikiLeaks showed a corrupt DNC that cannot be trusted anymore. The Vermont senator then called for a total overhaul of the DNC.

At the time Sanders called for a complete new DNC, the then chairperson of the body, Debbie Wasserman Schultz had resigned. Many other junior officials of the DNC also later resigned. In fact, the revelation by WikiLeaks angered many supporters of Sanders, who have since said they will not vote Clinton in because she cheated the contest to become the nominee of the party.

Therefore, in an attempt to try and convince these outraged supporters that the DNC is credible, the committee busily worked behind the scenes to clear all those implicated in the WikiLeaks leak, to probably get some votes for Clinton. Although he lost, Sanders pulled over 12 million votes during the contest with Clinton. Political commentators say if many of those who voted for Sanders refuse to vote for Mrs Clinton in the November presidential polls, she will lose the contest to Donald Trump.

The latest news displays another DNC top official being made to step down from the committee. According to Politico, the DNC’s finance director, Jordan Kaplan is leaving the committee as a result of his involvement in the emails leaked by WikiLeaks. Politico claimed that an official of the DNC pleading anonymity, disclosed the departure of Kaplan to it. Politico quoted this unnamed official as saying that Kaplan has decided to return to his consulting business full time. The official was quoted further, saying although Kaplan will not be in charge of the DNC’s finance, he will continue to manage the DNC’s finance events featuring the president and first lady.

For the time being, it is said Rachel Rauscher will replace Kaplan as the DNC’s finance director. Observers say Kaplan’s departure has been left too late. Some believe it will not repair the damage suffered by the party, as many supporters of Sanders have taken their decision already.

When Politico revealed that Kaplan is leaving the DNC, WikiLeaks tweeted to inform its audience that what it published is eating up the DNC and the entire Democratic Party.

Kaplan has been a close associate of President Barack Obama for a longtime. He reportedly worked for Obama in 2004, during his Illinois senate campaign. When Obama decided to contest for the presidential elections in 2008, Kaplan is said to be one of the first people to start raising money for the campaign, which Obama successfully defeated Clinton, going ahead to win the presidential elections.

This article (Another Senior DNC Staffer Gone Following Emails Leak by WikiLeaks) is a free and open source. You have permission to republish this article under a Creative Commons license with attribution to the author and AnonHQ.com