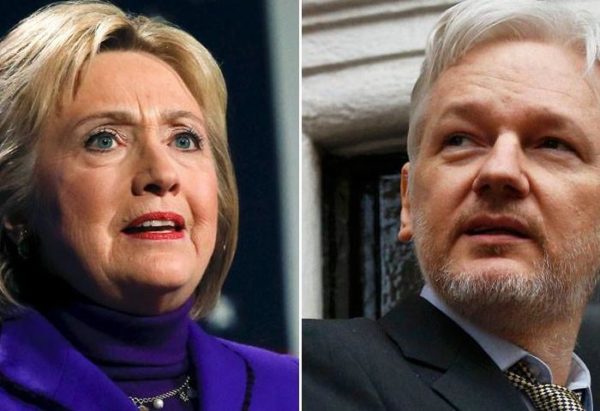 On Monday, September 26, 2016 Donald Trump and Hillary Clinton will appear on one platform at Hofstra University in Hempstead, New York to tell the American public how they will manage the country, if elected as president of the United States.

The debate, which is the first debate between the two competing candidates for the November 8 presidential elections, was initially scheduled to take place at Wright State University in Ohio, but it was later moved to Hofstra, due to budget issues. However, before the debate takes place, Julian Assange, the founder and editor-in-chief of the international non-profit journalistic organization WikiLeaks, has said his next publication on Clinton will bring her presidential ambition to a complete crash.

WikiLeaks publishes secret information, news leaks, and classified media from anonymous sources. The latest leak by the organization is the Democratic National Committee (DNC) emails it published in July 2016, revealing how top officials of the Democratic Party teamed up to make sure that Clinton secured the nomination of the party ahead of her then contender, Bernie Sanders.

The leak by WikiLeaks has placed the Democratic Party in disarray. More and more people are tendering their resignation letters, stepping aside from the DNC. Before senator Sanders left the Democratic Party, he said the publication by WikiLeaks showed a corrupt DNC that cannot be trusted anymore. The Vermont senator then called for a total overhaul of the DNC. At the same time Sanders called for a new DNC, the then chairperson of the body, Debbie Wasserman Schultz had resigned. Many other junior officials of the DNC also later resigned.

Politico reported recently that the DNC’s finance director, Jordan Kaplan is also stepping down due to his involvement in the emails published by WikiLeaks.

The revelation by WikiLeaks has angered many supporters of Sanders, who have since said they will not vote Clinton in because she cheated the contest to become the nominee of the party.

Although he lost, Sanders pulled over 12 million votes during the contest with Clinton. Political commentators say if many of those who voted for Sanders refuse to vote for Clinton in the November presidential polls, she will lose the contest to Trump.

However, it seems Clinton might not even get the chance to appear on the ballot against Trump. Assange has said Clinton committed “extortion” by hyping fears over the possibility of a Republican victory, in order to attract left-wing voters. Assange also claimed he has in his possession, damning emails on how Clinton made secret deals with sponsors of the terrorist organization, the so-called Islamic State of Iraq and Syria (ISIS). Assange said Clinton’s secret dealings with this ISIS sponsor have resulted in huge funds donated to the Clinton Foundation from the sponsor.

He continued that the Federal Bureau of Investigation cannot overlook these impending damning materials that will soon be made public. Assange made this latest claim in an interview with the British journalist, Afshin Rattansi of Russia Today network.

“We have more info and we will publish everything when the time is right some of these materials can get Hillary Clinton to lose the nomination,”  Assange reportedly told Rattansi in the interview.

Assange further said Bernie Sanders will get the nomination after Clinton is gone, as he is the one holding the remaining votes of the party delegates. Below is the full transcribed version of the interview Rattansi held with the WikiLeaks founder on the next leak, which will kick Clinton out of the presidential race.

Rattansi: If there is any illegality in the pending emails you will release or malfeasance in what you already released President Obama could presumably act on it and get Hillary Clinton charged? Regardless of whether you are about to release any email which would mean that James Comey and the FBI would have no alternative but to arrest Hillary Clinton?

Rattansi: When will be the date when you will release this leak?

Assange: I will not reveal the exact date but I can promise you this, will Bring Hillary Down Before The Debate Stage On September 26th.

According to political commentators, if Assange’s yet-to-be released materials warrant the indictment of Clinton, senator Sanders will replace her per the rules of the Democratic Party. As it stands now, everybody is calmly waiting for the very day Assange and his team will drop this bombshell, kicking Clinton out, and replacing her with senator Sanders.

This article (Julian Assange Promises to Kick Out Hillary Clinton from Presidential Race before September 26 Debate ) is a free and open source. You have permission to republish this article under a Creative Commons license with attribution to the author and AnonHQ.com.