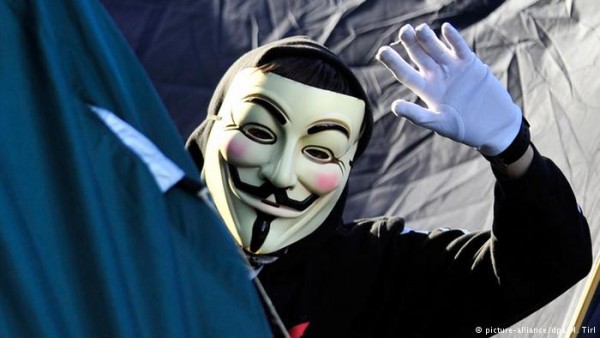 On 31st December 2015, the British Broadcast Corporation (BBC) experienced an unknown cyber attack on its website.

According to the BBC’s business correspondent Joe Lynam, the attack on New Year’s Even took down the iPlayer and other services of the corporation for some few hours.

And when the BBC was still thinking about who might have been responsible for the attack, technology correspondent, Rory Cellan-Jones received a tweet from a group calling itself New World Hacking (NWH), claiming responsibility for the attack. The hacktivists said their main was to disrupt online propaganda communications of the Self-proclaimed Islamic State of Iraq and Syria (ISIS). They claimed they targeted the BBC to test the power of their own servers.

They told Cellan-Jones that they used Distributed Denial of Service (DDoS), bombarding the BBC system with 600 gigabits of messages per second. According to the Softpedia, the hackers also told Cellan-Jones that their new tool called Bangstresser, was specifically designed by a United States-based hacktivist, and they plan to use it against ISIS targets. Based on a screenshot provided by the group to Cellan-Jones, Bangstresser is capable of launching 600 gigabits per second attacks, more than enough to bring even the largest Internet websites to their knees.

Message to me from New World Hackers on BBC DDoS : “It was only a test, we didn’t exactly plan to take it down for multiple hours”

According to Cellan-Jones, NWH was formed in 2012, and it is made up of 12 hackers, eight males and four females. All of the group’s members are based in the United States.

The group added that now that it has tested its capabilities, it is moving straight to dealing with ISIS and other radical groups using the internet to spread propaganda.

When the “New World Hacking” group is arrested in USA, will UK extradite them for #BBCDDos ? https://t.co/b1ZKyRiLrd @ruskin147

The Softpedia again reports that NWH supports Anonymous campaigns but is not officially part of the hacker collective. It is said the group have participated in the #OpKKK and #OpParis Anonymous campaigns, which exposed the real identities of Ku Klux Klan members and shut down tens of thousands of ISIS-affiliated Twitter accounts.

According to an earlier report on the BBC DDoS attack, the main BBC website, the iPlayer platform, and the iPlayer Radio app experienced a complete failure during the morning of December 31.

BBC staff said that the DDoS attack affected one of the iPlayer databases, which malfunctioned and took down all connected services.

Cellan-Jones tweeted a message he received from NWH which the group said they are aware that what they are doing is not right, but they are compelled to do it because of terrorists like ISIS who are using the internet to spread propaganda, recruit, and radicalize vulnerable young Muslims.

REMEMBER.. Only a DDoS attack test.. ISIS will be our main target. #BinarySec https://t.co/tNizF8aTDl

Now that NWH has stated clearly their intentions, we will be following them closely to bring to you the latest of their activities. We hope that they will be able to accomplish their goal successfully by preventing innocent Muslim youths from falling into ISIS propaganda. Expect Us!

This Article (Anti-ISIS Hackers Test Their Hacking Strength With BBC Website, Took It Down For Some Hours) is free and open source. You have permission to republish this article under a Creative Commons license with attribution to the author and AnonHQ.com