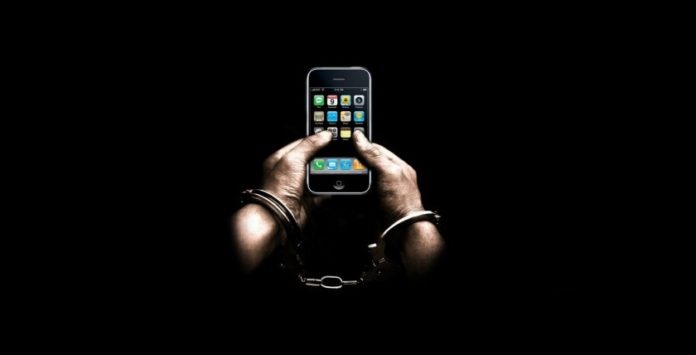 Apple Inc. has patented a technology that would allow the user – businesses, governments or law enforcement officers – remotely disable features of wireless devices, such as taking or sending photographs or video footage.

The patented technology utilizes WiFi, mobile base stations or GPS to send an encoded signal to all wireless devices within a so-called sensitive area, disabling recording functions. The patent lists potential “sensitive areas” as theaters, concert venues or religious ceremonies, but proponents of free speech worry this technology could be used by police who do not wish to be filmed in acts of brutality, for example.

“As wireless devices such as cellular telephones, pagers, personal media devices and smartphones become ubiquitous, more and more people are carrying these devices in various social and professional settings. The result is that these wireless devices can often annoy, frustrate, and even threaten people in sensitive venues,” states the patent. “Additionally, the wireless transmission of sensitive information to a remote source is one example of a threat to security. This sensitive information could be anything from classified government information to questions or answers to an examination administered in an academic setting.”

To be clear, Apple has patented the technology, but it would remain up to businesses and government agencies how and when it would be used.