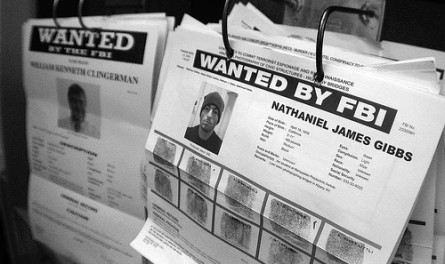 The new 166 paged government leaked document reveals information about how the US government are putting people on the terrorist list for no real reason.

The latest government leak is no other than the “March 2013 watchlisting guidance” it was issued as an update to the original 2010 document, the document states how they put people on the main terrorist database and also the no fly list causing big scenes at airports and border control. The new guideline points out that any individual can be selected and designated as a representative or member of a terrorist organization even if there is no real proof of their participants in such groups.

If the government suspect that you are a terrorist then they then get the ability to be able to gather and research as much information about you as they want, this includes hacking into your computer, tapping into your phone calls and messages even invading your home and privacy. The government has made sure that if you are on the list then you will not know about it, and once you are on the list it is near to impossible to get off; even death does not guarantee getting off this list. If you are married to someone on the list then you have a much bigger chance of also going on it and once your spouse passes on that chance gets even greater.

Here is an example of what happens when you are on the list: Try not to worry too much about being on the list as you most likely aren’t, but you never know especially if you don’t have a clean slate.

How can you protect yourself against surveillance?

You can hide your ip and therefore your identity when you are surfing or in general when you are online. Using a so called VPN (virtual private machine) will not only hide your ip but also protect all your devices (that you are using for internet access) from hackers and other threats. More information here: http://anonhq.com/be-anonymous