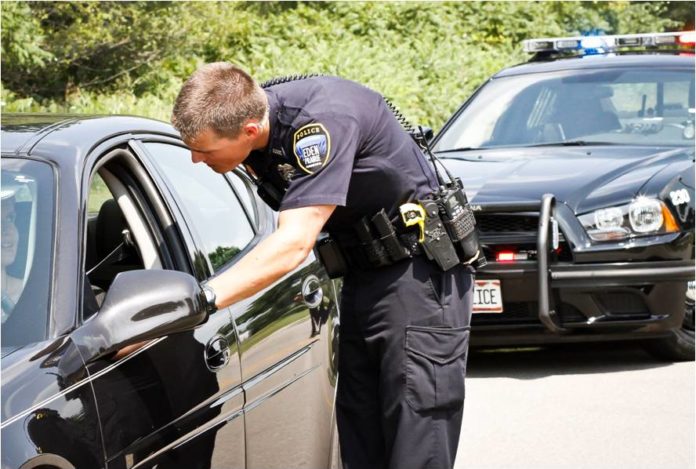 A new bill has found its way into the Arizona legislature, requiring passengers in motor vehicles to carry identification or face being locked up and fined. Some will never be happy until they have stripped us all of our fundamental rights. House Bill 2305 is actually an attempt to re-introduce a bill that was previously deemed unlawful, nullifying it in 2002. Critics of the bill say that it is a clear constitutional violation to require any person not accused of a crime to be forced to provide identification.

Arizona House Representative Anthony Kern is the monster responsible for introducing the bill. Kern is another political hypocrite who fails to remember his campaign promises from his 2014 run for office. “I strongly believe in our constitution and the principles and ideas which make us great. Ideas such as limited government, states rights, and tax reform,” were the words posted on his election campaign website. How is it that Rep. Kern fails to see that his bill is a blatant violation of previously established constitutional law?

Terry v. Ohio was the precedent setting case that forms the basis of the stop and frisk. It clearly articulates that the officer has to have a reasonable suspicion that their subject has committed, is committing or is about to commit a crime, in order to be compelled to provide identification. This has been upheld in a multitude of court cases over the decades. It is a federal civil right of which no state can pass law infringing upon it.

The bill’s text reads as follows: “A person other than the driver of a motor vehicle who fails or refuses to provide evidence of the person’s evidence of identity to a peace officer or a duly authorized agent of a traffic enforcement agency on request, when such officer or agent has reasonable cause to believe the person has committed a violation of this title, is guilty of a class 2 misdemeanor.” The bill is written in such a manner as to contain vague language which will give law enforcement enough room to jail someone for failing to jump when the cop says jump.

The bill continues, “A peace officer or duly authorized agent of a traffic enforcement agency may give the signal or instruction required by subsection A of this section by hand, emergency light, voice, whistle or siren.” So basically, a cop can lock you up for not providing identification after honking his horn and expecting you to know that he wants your identification. The bill then goes on to state that “A person shall not be convicted of a violation of subsection B of this section if the person provided evidence of identity required by subsection B, paragraphs 1 through 5 of this section and produces to the court a legible driver license or an authorized duplicate of the license that is issued to the person and that was valid at the time the violation of subsection B of this section occurred.”

The bill allows police to lock you up for up to four months for being a passenger in a vehicle without identification, however, you will not be convicted if you can prove to the court that you had a valid identification at the time. Papers please! Is what Rep. Kern is demanding from people, after claiming to be a defender of the constitution. In the current climate, a bill like this might actually pass, however it will still face fierce opposition in the civil courts.

This article (Arizona Bill May Require Vehicle Passengers to Carry ID or Go to Jail) is a free and open source. You have permission to republish this article under a Creative Commons license with attribution to the author and AnonHQ.com.