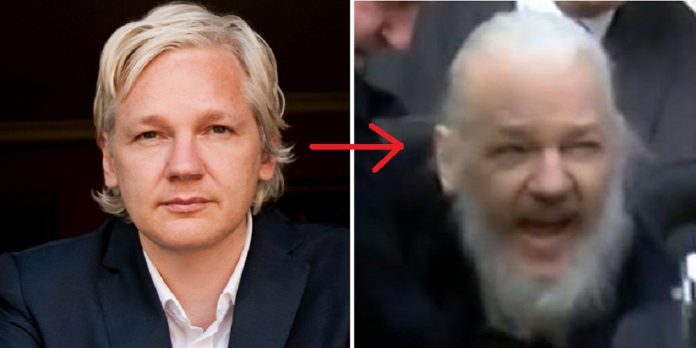 Following an urgent warning from an expert at the United Nations earlier this month that Julian Assange’s mistreatment in prison may amount to life-threatening torture, more than 60 doctors from around the world Monday called on officials in the United Kingdom to act immediately to ensure the WikiLeaks founder receives proper medical attention.

In their letter to British Home Secretary Priti Patel and Shadow Home Secretary Diane Abbott, the doctors—including physicians practicing in the U.K., Sri Lanka, the U.S., and several other countries—expressed grave concerns over Assange’s deteriorating health as a result of his seven-year confinement in the Ecuadorian embassy in London and subsequent incarceration by British authorities as he awaits possible extradition to the United States.

“We have real concerns, on the evidence currently available, that Mr. Assange could die in prison,” the doctors wrote. “The medical situation is thereby urgent.”

Assange is currently serving a 50-week sentence in prison for violating his bail conditions in 2012 and is facing charges in the U.S. under the Espionage Act for exposing human rights violations and evidence of war crimes by the U.S. government. He is set to appear in court in February for an extradition hearing.

“Mr. Assange was unable to exercise his right to free and necessary expert medical assessment and treatment throughout the seven-year period,” the physicians added.

While he was examined by a number of medical experts during his confinement, Assange was not permitted to go to a hospital even as he reported stiffness and inflammation in his shoulder which first appeared nearly four years ago. He has also exhibited signs of moderate to severe depression and major dental health issues.

“It is our opinion that Mr. Assange requires urgent expert medical assessment of both his physical and psychological state of health,” wrote the medical experts. “There is no time to lose.”

On social media, supporters of Assange expressed alarm and anger at the government’s decision to allow his health to deteriorate so significantly.

60 doctors have written an open letter saying they fear the health of journalist and political prisoner Julian Assange is so bad, as he is being tortured in a British prison, that he could die.

Tortured to near death for publishing truthful information https://t.co/2k9VwG88Z4

“Revealing stuff that should have been in the public domain all along should be treated as a public service, not a crime,” Guardian columnist and political activist George Monbiot wrote Monday.”But Julian Assange is rotting in jail, awaiting extradition, at the behest of a government that wants to preserve its grim secrets.”