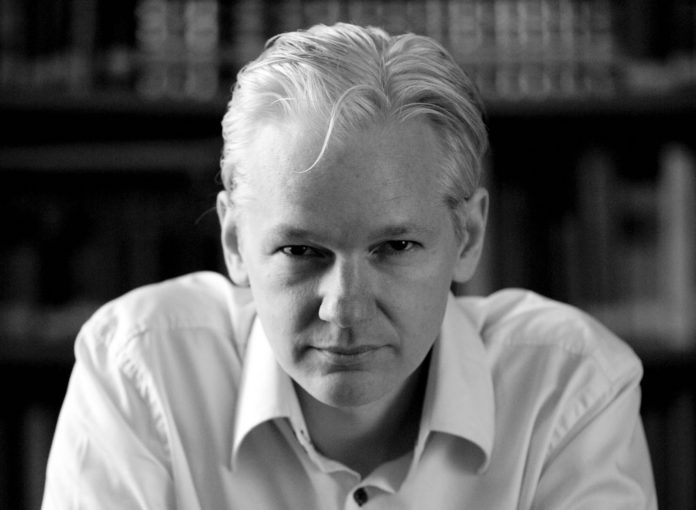 Washington might hope that it has Assange cornered, but despite the man’s inability to physically move anywhere, it would seem that it is he who is doing all the cornering.

He explained to an Argentinian paper how US intervention in Ukraine had led to civil war, how the West had helped ISIS, and why Israel supported Hamas.

The United States has spent “A lot of time Trying to Bring Ukraine to the West,” the WikiLeaks Founder said in an Interview to Pagina / 12, Argentinian newspaper on Monday.

“If it cannot be with a NATO membership, at least it becomes independent from Moscow’s sphere of influence, to reduce Russian industrial-military complex and its naval bases in Crimea.”

Kiev’s first step closer to NATO was in December 2014, when President Petro Poroshenko signed a law cancelling the Ukraine ‘non-bloc status’ and promised to hold a national referendum on joining up with NATO in the next five to six years.

In January, Kiev began taking ever bolder strides away from Russia and announced that the Ukrainian army would take part in 11 international military drills in 2015…. to bolster “NATO” standards in troops.

America had long tried to ‘bring Ukraine closer to the West’ by spending “Billions of dollars on the creation of NGOs,” Said Assange, he added that “through These Institutions, the West Promised to end corruption in Ukraine.”

The intervention of Western countries in the Middle East had also led to  the creation of the Islamic State (IS, formerly ISIS), an Islamist group that is currently gaining a massive following across the wider Middle East and Africa, Assange said.

“The IS is A Direct result of the adventurism of the West,” Said Assange.

He says the “adventurism” of Western countries has already destroyed the Libyan and Syrian society and now is “destroying Iraq for oil and other geopolitical reasons.”

He said that most people are aware of the fact that arms are being funneled into Syria, and that the same agitators who provide these are also focused on reducing Iran’s influence on Iraq. But “what we don’t know is that in recent years in recent years Saudi Arabia, Qatar and Turkey have increased their power and managed to gain certain independence form the US.”

As a result, Washington stopped being “the only geopolitical actor “pushing developments in the Middle East, claims Assange.

Assange claims that Israeli authorities had supported the Hamas group at its early stages in order to divide the Palestinian resistance.

“Our cables reveal that Israel supported Hamas in its infancy, that Hamas was used as an instrument to divide the Palestine Liberation Organization [PLO] and the Palestinian resistance,” Assange said.

In a nutshell, the West destroyed Syria, Iraq and Libya. For no good reason. This helped other American allies in the area grow in power, and BOOM instant ISIS, one part guns and two parts mercenaries hired by American allies. Israel helped Hamas, its “worst enemy” in order to divide Palestinians, and so that it can say “but mum, they launched ANOTHER rocket over to our side of the fence. It blew up my favorite patch of dirt. Can I go over there and slaughter all of them now?” and “I killed the women and children in the UN buildings. But MUM, it was self-defense! Stop judging meeeee!” as the world condemns their actions verbally and proceeds to do….. Absolutely nothing about it. Whatever happened to all that promised aid?

Julian Assange had spoken to the Argentinian paper from the Ecuadorian embassy which has been his home for more than three years now. In what amounts to house arrest, he is not allowed to leave, or risk repatriation to an intermediary country and then probably to the US. Staking out the building, in case the Australian should leave the premises, has already cost British taxpayers a hefty £10 million, according to govwaste.co.uk. Assange has not been charged with a crime, but is wanted for questioning in Sweden regarding allegations of sexual misconduct brought against him in 2010.

An arrest warrant was issued for Assange in 2010 in the of wake sexual assault allegations leveled against him by two Swedish women. He denied the allegations of sexual misconduct and rape and managed to avoid extradition to Sweden by seeking refuge in the embassy in 2012.

He repeatedly announced that he is ready to answer all questions concerning his sexual assault allegations within the embassy. However, Swedish prosecutors were reluctant to do so until March this year.

“If Assange gives his consent, the prosecutor will promptly submit a request for legal assistance to the British authorities to further continue the investigation,” the Swedish Prosecution Authority said in a statement.

Assange’s Swedish lawyer welcomed the Swedish prosecutors’ request to interview Assange in London, but added that the whole process of questioning could take time.

“We welcome [this] and see it also as a big victory … for Julian Assange that what we have demanded is finally going to happen,” Per Samuelson said.

Assange supporters fear that if he is deported to Sweden he will likely face espionage charges in America over his role in publishing sensitive, classified US government documents.

However, even if Sweden drops the case, he faces arrest by UK police for jumping the bail granted to him.

In June 2014, 56 international human rights and free media organizations signed a letter calling upon the US government to end all criminal investigations into Assange’s actions and to cease harassing the organization for publishing materials in the public interest. Even Women Against Rape (WAR, how militant) have come out in support of him.

Yet still the police want him arrested, and are willing to waste millions on this one man, ignoring the calls of the PEOPLE. More effort was spent on this one whistle-blower than all the recent pedophile investigations, with some even being dropped at the behest of powerful individuals, and that should tell you something about their priorities… Even REAL rapists (as opposed to men who have  consensual sex, as admitted by the women themselves) don’t get this much moolah spent on them.