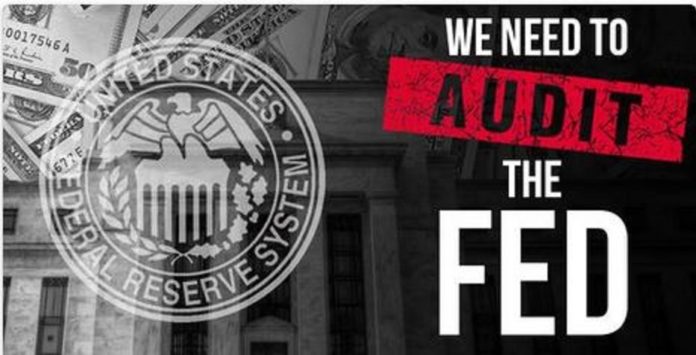 And what’s more, President-elect Donald Trump, who has spoken out against the Federal Reserve’s central banking system during his campaign, appears to support the Audit the Fed bill.

“No institution holds more power over the future of the American economy and the value of our savings than the Federal Reserve,” said Sen. Paul, “yet Fed Chair Yellen refuses to be fully accountable to the people’s representatives.

“The U.S. House has responded to the American people by passing Audit the Fed multiple times, and President-elect Trump has stated his support for an audit. Let’s send him the bill this Congress.”

It was this time last year, on Jan. 12, that a Senate majority voted in favour of the bill. According to Rand Paul’s website, “S. 16 would require the nonpartisan, independent Government Accountability Office (GAO) to conduct a thorough audit of the Federal Reserve’s Board of Governors and reserve banks within one year of the bill’s passage and to report back to Congress within 90 days of completing the audit.”

The audit would include:

At the time of Kennedy’s assassination $10 and $20 United States Notes were being printed by the Treasury – “to issue silver certificates against silver bullion” and essentially undermining the Fed Reserve’s power with the interest-free and debt-free currency. Unfortunately, the Notes were pulled from circulation and Kennedy met his fate on Nov. 22, 1963.

It makes sense to question the policy of the Federal Reserve, argues Styxhexenhammer666 of YouTube. Forcing transparency holds them accountable, and to some degree, assists with a fairness, albeit a small amount.


Nonetheless, it’s important to recognize that the auditing of the Fed will be a difficult road to traverse, but at least for now it seems possible. What comes of the audit, however – if it eventuates – will be big news when the transparency forces the slime to float to the surface. But the audit has to get through Trump’s Congress first.

This article (“Audit the Fed” Bill Reintroduced by Sen. Rand Paul) is a free and open source. You have permission to republish this article under a Creative Commons license with attribution to the author AnonWatcher and AnonHQ.com.