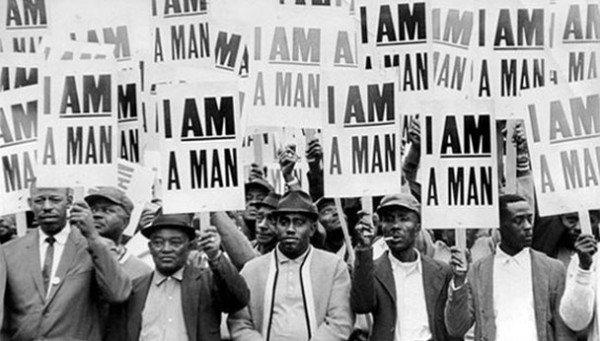 The death of Freddie Gray in police custody in Baltimore and the protests that gripped the city is not that different from what happened in April, 1968 when Civil Rights Movement activist-Martin Luther King Jr. (MLK) was assassinated in a government sponsored killing of dissenting voices in the United States.

For MLK, may his soul find rest in eternity peace because all that he fought and stood for in the US are now beginning to manifest in different ways. And the whole world is now watching proceedings across the US with keen interest as to what happen to minority communities especially, the African-American community who have suffered and continue to suffer gross brutalities in the hands of white police officers in recent times. When the Police and National Guard arrived in Baltimore to quell the protest that was in demand for justice after the death of Freddie Gray, protesters lost hope that the establishment’s mistreatment of their fellow humans would ever stop.

History tells us that 47 years ago, in the same month of April, the city of Baltimore broke out in riots following the brutal killing of MLK in Memphis-Tennessee and police responded the same way they responded today, Suppressing dissenting voices. Elsewhere in the US that day, protests erupted and people demanded for an end to institutionalized racism and suffocating poverty of the African-American communities across the US. It is said that across the country, the nation’s reaction was the same as it resorted to the use of the National Guard and force to silence opposition who are only demanding for fair treatment as human beings. Since the MLK assassination, many protests have occurred in demand for justice that we cannot document all here.

In April 1992 also 23 years ago, protest broke out in Los Angeles after the police officers who brutally beat Rodney King were not charged. Again, the National Guard was sent there. Recently in Ferguson, we saw the deployment of the same heavily armed National Guard. How many times do we want to deploy the National Guard when in fact the underlying causes of these protests are neglected? When are police abusing, maiming, and killing innocent citizens, there is no problem with that?

t is clear to all of that it is not about the force that the nation will apply that will solve these protests. The root causes of the protests should be address appropriately first. People are marginalized and brutalized and you expect that they sit back and sing praises to you?

Less than month before his untimely brutal death, MLK said “These conditions are the things that cause individuals to feel that they have no other alternative than to engage in violent rebellions to get attention. And I must say tonight that a riot is the language of the unheard.” What MLK said some 47 years ago is what we are witnessing now in Baltimore, Ferguson and other places in the US.

It is said in human history that no authoritarian government has ever maintained its rule forever as no condition is permanent. While the situation in Baltimore is the one of sorrow and sadness today, nevertheless, the protesters have sent a clear signal to the entire world that things are bad in the US today for the African-American community. It is the hope of many that the unjustified suppression and brutalities that African-Americans have suffered and continue to suffer will one day come to an end. That will be the day when all the underlying issues and problems faced by the African-American community will be solved once and for all.