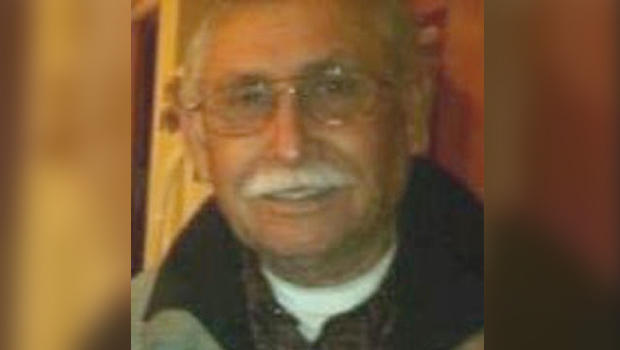 A 73-year-old man is dead at the hands of the Bakersfield California police. Another overzealous cop, who never should have held a gun and badge, is out on leave after it was determined that the elderly man suffering from dementia was holding onto a crucifix at the time of his death. Despite having been made aware that Francisco Serna was an early onset dementia patient, police claimed he was a threat who refused to obey commands. This is yet another death caused by a culture of violence and police who refuse to acknowledge their way of doing things is wrong. Reagan Selman is a rookie cop by every definition. He was only released from training by the department in February, after having been hired in 2015. Selman is the perfect example of what happens when you insert violent people into a violent culture. Selman was an ex-marine who had been stationed overseas in Africa. With less than a year on the road, Selman felt it necessary to kill an elderly man when he clearly didn’t have all the facts, and there was clearly no threat. The fact that seven officers were on scene, yet Selman was the only one to fire, is very telling. Obviously, the other officers on scene did not perceive the elderly man to be a threat. The initial call came from a neighbor who had been approached by Serna. She told police he asked her where she lived, holding what she believed to be a gun in his hand. She informed her husband, who then phoned the police. According to statements made by the department’s chief, Lyle Martin, Officer Selman arrived on scene and contact was made with the neighbor who called. She pointed Serna out to the cops on scene, as he was across the street at this time. According to Martin, there was only a gap of around 20 seconds between the time Selman arrived and pulled the trigger. According to reports, Serna did not remove his hands from his pockets and had “stopped moving.” It was at this time he was fatally shot. “During a search of Mr Serna a dark colored simulated wood-grain crucifix was recovered. Mr Serna was not armed at the time of the shooting. No firearm has been recovered,” stated a police press release.

Martin went on to defend Selman by stating “They’re being told he had a handgun and ‘that’s him.’ It’s kind of tough to address that in 20 seconds.” This a blatant lie. Police had all the time in the world to assess the situation, determine the facts and make an appropriate decision, yet this wasn’t done. A cop looked for a reason to kill somebody and he simply took it, because that’s what police do these days. The chief even stated that Serna didn’t make any moves toward police and that at no time was an attempt made to use a Taser or other secondary weapon on the man. “My dad did not own a gun. He was a 73-year-old grandpa, just living life” stated Rogelio Serna, the son of the victim. “He should have been surrounded by family at old age, not surrounded by bullets.”

The shooting has already drawn outrage from the community, as this is yet another case that shows police have no agenda for dealing with people’s handicaps or disabilities other than to kill them on sight. The problem of police shootings keeps growing more out of control every day, despite the massive amounts of media attention being brought to the subject. The Bakersfield Police and law enforcement in Kern County have the highest rate per-capita of officer involved shootings. This shooting is just another statistic to them.

Chief Martin’s statements to the press could be an indicator of where the department is going with this particular shooting. While it is unlikely there will be any charges in this case, it is clear that Selman is in need of finding another profession. “This is what people can expect from their police chief. I’ll give you the facts as I know them. When things are bad, I’ll be out in front. When things are good, my employees will be out front.” Is this an indicator that even the chief knows this situation is bad? Perhaps the department is entering into a new era of transparency? However, based on the information we have seen so far, this is likely to be just another whitewash.

This article (Bakersfield Police Gun Down Unarmed 73-Year-Old Grandpa Within 20 Seconds of Arriving) is a free and open source. You have permission to republish this article under a Creative Commons license with attribution to the author and AnonHQ.com.