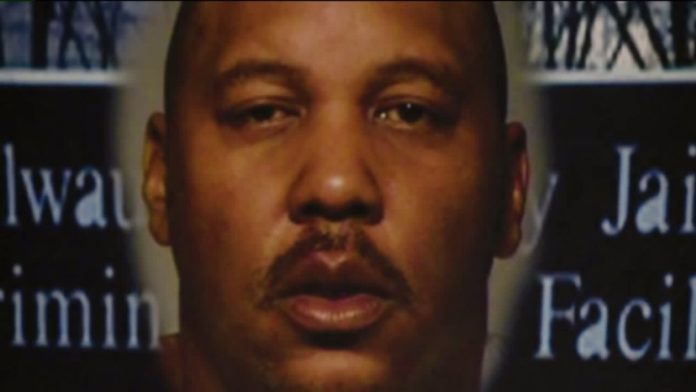 The official inquest into the death of an inmate from dehydration in a Milwaukee County jail has begun. Terrill Thomas was a mentally ill inmate being held on firearms charges. He was tossed into solitary confinement and left without water for days. On his ninth day in jail he was found dead. The inquest acts as a grand jury trial, with the outcome determining the fate of the jailers who left Thomas to die. Thomas had been arrested for firing a gun at a man in public. His family said he was suffering from a bipolar breakdown. After being arrested, Thomas allegedly tried to flood his cell, which resulted in his being placed in solitary confinement. Because he had tried to flood his cell, they turned his water off. They left the water off for six days. According to other inmates, Thomas could be heard crying for water, but the guards just ignored him. “Why would you put a person that messed up in jail? He shouldn’t have been there in the first place. He should have been in a mental complex,” Celia Thomas, Terrill’s mother, told the press. “They could have gave him some water.” The family was left in limbo for weeks, not knowing how Terrill died until the autopsy report came out. The first day of the trial was a spectacle, with each of the jailers pointing fingers at each other. Jail Lt. Kashka Meadors ordered the water to be turned off, but told jurors that the order was only meant to stand until Thomas calmed down. She left having been told the “water situation was resolved.” Officer James Ramsey-Guy shut the water off, but said that it was the responsibility of another officer to log that it was shut off. John Weber was supposed to document the shut off however, he stated that he didn’t know who shut the water off or who ordered it done and that he had no knowledge of it. It was a game of hot potato with all sides deflecting blame. The fact there should be a grand jury type inquest in the first place is ridiculous. The cause of death was already determined to be homicide by dehydration, by the medical examiner. It has also been determined that the water was intentionally cut off to his cell by the guards who were on duty that night. The grand jury system, particularly when it comes to killer cops is a complete sham. District Attorneys have the ability to examine a case and bring charges, and they are far more educated on the facts and the law than any grand jury.

The family of Terill have filed a lawsuit against the Sheriff and the jailers responsible for his death. The unfortunate reality is that once a case goes to the grand jury, odds of it getting prosecuted are slim to none. With the jailers all pointing fingers at each other, they will undoubtedly create enough reasonable doubt to avoid an actual charge. As usual the only justice the family will receive will be in the form of a pay out at the taxpayers’ expense.

This article (Baltimore Jailers Head to Trial Over Inmate Dehydrating to Death) is a free and open source. You have permission to republish this article under a Creative Commons license with attribution to the author and AnonHQ.com.