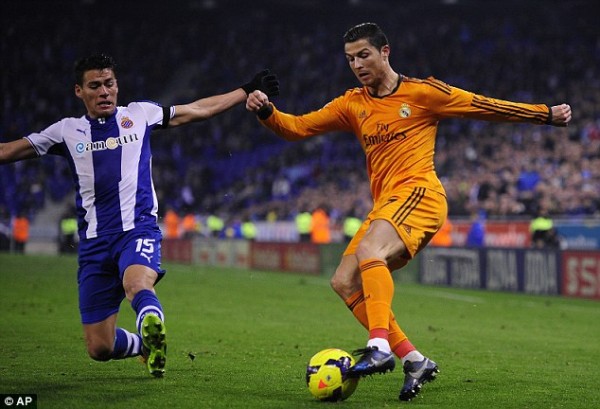 A new study has revealed that football fans who access free streams of football matches are putting their devices, and personal privacy at great risk.

According to the study, the most vulnerable are the people who stream free top live matches in the major European football leagues. The most popular pirate sites allowing users to stream live football matches, are attracting upwards of eight million visits per month. And because the service is free, the sites rely on advertising. The study said with few reputable brands willing to attach their name to illegal distribution, the sites turn to malicious ads to pull in profits. Authors of the study commented on the thousands of illegal streaming sites studied, and found that half of them have installed malicious software on the users’ machine through forced ads and other deceptive techniques. Specifically, the study analyzed 5,000 aggregator domains – sites which collate free streams for visitors to browse and watch. In addition to the aggregation sites, it looked at the vast networks of media providers – the services that provide the actual video.

Because of the separation between the aggregator sites and media streaming services, it’s difficult for authorities to effectively stamp out football piracy. Though several aggregator sites have been shut down, the video streams are quickly moved to a different site, and the cycle continues. Aggregator sites will usually offer several different streams for the same match.

The researchers examined how the sites are run, and from where. It was observed that the sites demanded users to install browser plug-ins in order to watch a free stream. Apart from the malicious ads appearing on the football sites, the browser plug-ins demanded by the sites, hijacks normally safe websites. Lead author of the study, Zubair Rafique explained to the BBC how the illegal sites could put users at risk. He said “To watch the stream you have to install the extension, and once the user installs the extensions, it can infect any website the user is visiting. So, if a person installs an extension to watch a stream, and then visits a site like BBC.com, this extension can actually change the contents of BBC.com as it appears in the user’s browser so that it includes malicious links and advertising. This is extremely dangerous.”

The study said nearly 25% of live streams monitored originated from servers hosted in Belize. Also, more than 60% of analyzed streams originated from media servers provided by only five companies located in Belize, Switzerland, the Netherlands, Sweden, and Canada.

The researchers recommended that since only a handful of channel providers are responsible for broadcasting the majority of the live streams, a strict control on the operations of these entities can effectively minimize the volume of illegal live streaming. Football has become a very lucrative business, especially in Europe. In England for example, BT Sport and Sky are spending £5.1 billion as television rights to the English Premier League for the next few seasons. Pirates have therefore seen opportunity in live matches being broadcasted. They have devised clandestine methods to steal live matches and broadcast it online, making money out of the advertising.

This Article (Beware: Free Streaming of Football Matches is Dangerous, your Privacy is at Risk) is a free and open source. You have permission to republish this article under a Creative Commons license with attribution to the author and AnonHQ.com