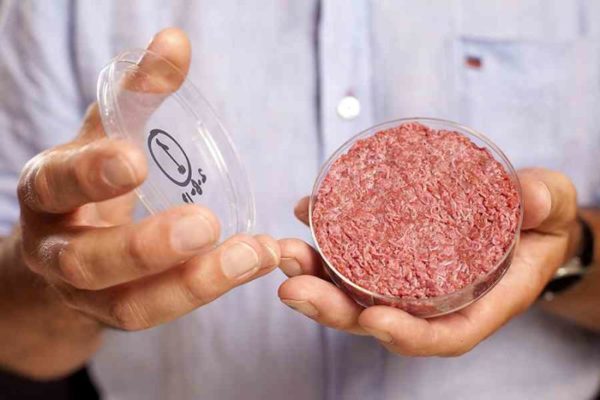 Recently, we published an article revealing how the meat industry is abusing animals for profit. The abuse is mainly due to advances made in science and technology.

Scientists can now alter the gene of an organism to make it look something completely different. With the help of genetic engineering by scientists, the meat industry is churning out fake meat, with serious health implications for its consumers. Genetic engineering is the modification of an organism’s genetic composition by artificial means, often involving the transfer of specific traits, or genes, from one organism into a plant or animal of an entirely different species. But as we preach about the health effects of genetic engineering in general, it has emerged that some scientists are currently finalizing preparations to start commercial selling of synthetic meat grown in the laboratory as soon as 2020. The meat, also known as in vitro meat or cultured meat, is an animal-flesh product that has never been part of a developed living animal.

For us, our concern is not the growing of the fake meat per se, but its health consequences on the human population.

In London, on August 5 2013, the first in vitro beef burger, created by a Dutch research team was eaten at a demonstration for the press. It was announced in London that the artificial burger was developed by Prof. Mark Post at his laboratory in Maastricht University, in The Netherlands. Prof. Post’s burger was made from stem-cells: the templates from which specialized tissue such as nerve or skin cells develop.

Prof. Post’s process of growing the artificial burger started with stem cells being extracted from cow muscle tissue. In the laboratory, these were cultured with nutrients and growth-promoting chemicals to help them develop and multiply. Three weeks later, there were more than a million stem cells, which were put into smaller dishes where they coalesce into small strips of muscle about a centimetre long and a few millimetres thick. The strips were then layered together, colored and mixed with fat. The artificial meat carried a price tag of $330,000. Those who tasted the meat at the public trial said it was not delicious at all. Not only the taste needs to be improved, but also the price, as it is not cost-effective as compare to natural meat. Then also comes what we are not being told, the health effect. But because those scientists involved in the synthetic meat project are only interested in making profits, they have deliberately ignored the debate about the health consequences of the meat.

As this critical question about the meat are yet to be answered, Prof. Post and his team are thinking about how to start making profit. They have announced that the laboratory grown meat could be ready for the market by 2020. Although they have not even established an entity (company) to distribute the meat, the researchers believe the meat would be on supermarket shelves once a demand had been established and the price comes down.

Head of the yet-to-be formed company, Peter Verstrate told BBC in interview: “I feel extremely excited about the prospect of this product being on sale. And I am confident that when it is offered as an alternative to meat that increasing numbers of people will find it hard not to buy our product for ethical reasons.” Surprisingly, the mainstream media is advocating for the development of the meat. The media has been spreading propaganda that the motivation for the production of synthetic meat is to find ways of keeping up with the growing demand for meat, and that traditional farming methods will need to use more energy, water and land, resulting in an increase in greenhouse gas emission.

The media has completely ignored the hard questions. Even the natural animal, which is abused, has a health effect on humans. Remember, that traces of growth hormones have been found in meat of animals that have been injected with the hormones. This produces a resistance to treatment against bacterial infections with our own antibiotics. Therefore, think about a meat that has been manufactured with unknown chemicals in a small laboratory. What could be the effect of the chemicals used in the production? This question is the reason we need to be very skeptical with this type of ‘meat.’

This article (Beware: Laboratory Grown Meat Could Be Available On The Market By 2020 [Video]) is a free and open source. You have permission to republish this article under a Creative Commons license with attribution to the author and AnonHQ.com.