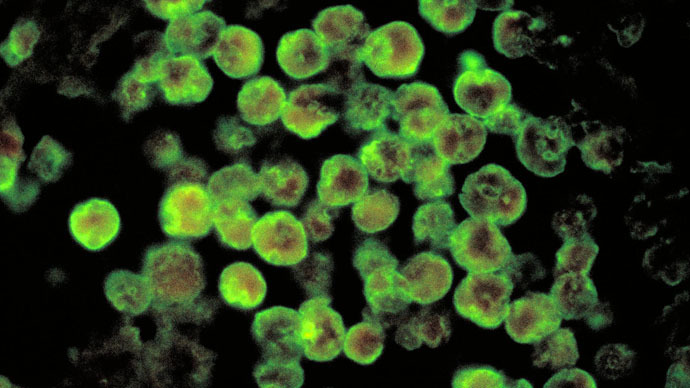 A five-year-old Louisiana boy is the first confirmed incident of someone in the United States contracting a fatal, brain-eating amoeba, Naegleria fowleri, from tap water, a recent study published in the journal Clinical Infectious Diseases reveals.

The five-year-old was visiting relatives in St. Bernard Parish during the summer of 2013, playing outside on a Slip’N Slide. Nine days later he developed a high fever, began vomiting and complained of an intense headache. His family became alarmed after two episodes in which he sat and stared, unresponsive, for brief periods of time. His family checked him into a New Orleans hospital where he was initially treated for meningitis, tested with a spinal tap and CT scan, and put on a regimen of antibiotics. Doctors performed emergency brain surgery after the child suffered multiple seizures, but five days after first being admitted to the hospital, he was declared brain dead and his family allowed him to be pulled off life support.

The Center for Disease Control (CDC) confirmed the presence of Naegleria fowleri in the boy after testing.

Typically, Naegleria fowleri is found in freshwater and infections are contracted when the amoeba enters the nasal passages. While this amoeba does essentially metabolize neural tissues when contracted this way, its normal diet consists of bacteria and researchers are uncertain of how the amoeba becomes infectious and brain-eating. It is also unclear how the amoeba made its way into tap water, although some blame, damage and leaks from Hurricane Katrina that have increased contamination from soil where amoebae live, according to a Newsweek article.

Since the 2013 case, municipalities in Louisiana have increased testing for the amoeba and increased chlorine treatments at water processing facilities. The CDC has a drug, Miltefosine, available for emergency treatment of Naegleria fowleri, although it is not commercially available at this time.
Fewer than 10 people per year contract this brain-eating amoeba in the United States.