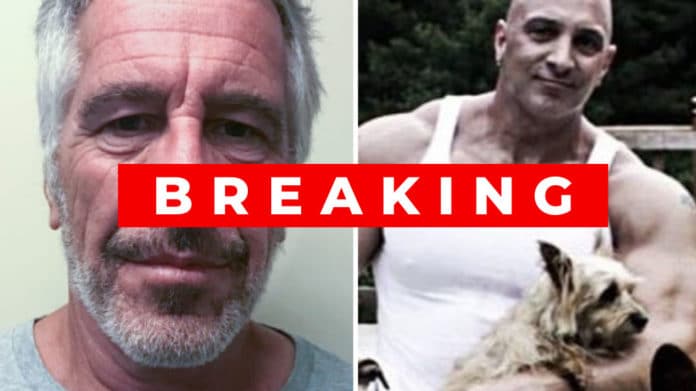 Just yesterday the Mind Unleashed and others reported that surveillance footage from Jeffrey Epstein’s “first suicide attempt” at the Metropolitan Correctional Center in New York City on July 23 had gone missing, according to Bruce Barket, the attorney representing the convicted pedophile’s cellmate at the time.

The New York Daily News is now reporting that the footage has been found.

Despite Assistant U.S. Attorney Jason Swergold admitting in a court hearing on Wednesday that the footage cannot be found, Swergold wrote that the “video was preserved” in a letter to Judge Kenneth Karas.

“Earlier today, the government confirmed with MCC staff that the video was preserved by MCC staff upon defense counsel’s request,” Swergold wrote in the letter than gave no explanation for the major mix-up.

Of the “found” footage, Barket said:

“We look forward to seeing it.”

On July 23, convicted sex offender Jeffrey Epstein was reportedly found injured on the floor of his cell at the Metropolitan Correctional Center in Manhattan in what has frequently been referred to as a suicide attempt.

But now, the only evidence that may shine a light onto what exactly happened that day in July has reportedly gone missing.

Rumors began swirling both on and off the internet almost immediately following the incident. Most of the discussion and many theories surrounding the incident focused on Epstein’s cellmate, Nicholas Tartaglione.

As previously reported by the Mind Unleashed, Epstein was found “semi-conscious with marks on his neck and in the fetal position on the floor of his cell.” Tartaglione, a former Orange County police officer who killed four men and buried their bodies in his yard, was questioned following the incident. His attorney, Bruce Barket, maintained that his client and Epstein got along well together.

Following the incident, Epstein was treated for neck injuries and allegedly placed on suicide watch—one of many details discussed in-depth following Epstein’s death only weeks later—but the July 23 incident has been largely overshadowed by the pedophile’s August 10 death at the Metropolitan Correctional Center (MCC). Hope for more information about the “first suicide attempt” was mostly lost.

While it has been widely reported that footage does not exist from the August day on which Epstein did die—with reports initially indicating that there were no cameras pointed at the cell and later reports indicating that the FBI was examining two cameras outside of Epstein’s cell that “malfunctioned” that night—talk of footage or any evidence at all from the July 23 incident has been virtually nonexistent—until now.

According to the New York Post, surveillance footage of the July 23 incident does exist but officials admitted on Wednesday that is has “mysteriously gone missing.” Assistant U.S. Attorney Jason Swergold admitted in a court hearing that the footage cannot be found.

Barket requested that the footage be preserved but learned of its disappearance on Wednesday.

“I don’t know the details of how it was lost or destroyed or why it wasn’t retained when it should have been,” Barket said.

Barket went on to explain:

“We want to be sure that all the evidence is preserved to show that Nick behaved appropriately and even admirably that evening.

We asked for all the video and photographic evidence to be preserved, specifically this surveillance video. Now it’s gone.”

While Tartaglione’s attorney maintains that the former cop who is facing the death penalty actually tried to help the convicted pedophile and alert the guards during the July 23 incident, Epstein told his lawyer’s that Tartaglione attacked him in their cell.

Spencer Kuvin, an attorney for three of Epstein’s alleged victims, told the Sun in July “there may be some powerful people who just don’t want him to talk,” suggesting that there may have been a hit out on the billionaire.