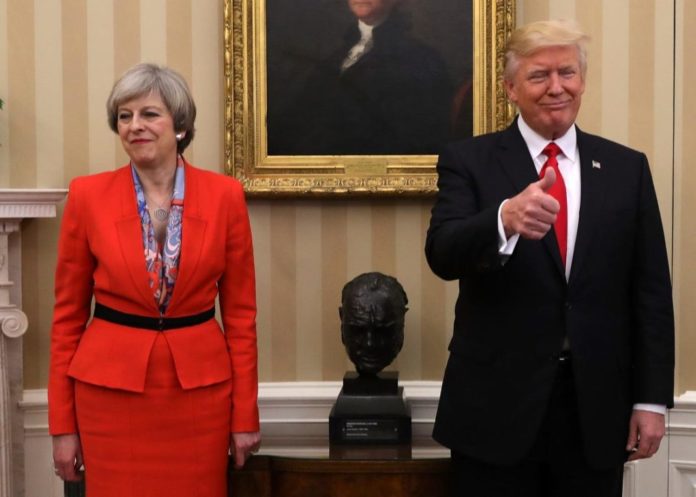 The British are taking it to the streets and protesting in London and across many cities in the United Kingdom. Their anger towards the travel ban that President Trump has implemented against Muslim countries, and halting visas, has outraged the international community.

The British government is taking the ban very seriously. Its members of Parliament are debating about what more will come from their long-time ally across the Atlantic. What’s more, a petition with more than one million signatures on it, calling on British Prime Minister Theresa May to ban Donald Trump’s visit to the United Kingdom, is now something with enough public support that the Parliament must consider the option.

While the protest is happening at 10 Downing Street, it was organised by Owen Jones, an author and a columnist.

However, on behalf of Queen Elizabeth, the British Prime Minister was happy to invite Donald Trump to the United Kingdom.

People are out in the streets, not only in London, but in parts of Newcastle, Cardiff, Oxford, Manchester and Sheffield.

Source: The Guardian, The Mirror, BBC

This article (BREAKING NEWS: Donald Trump’s Travel Ban Brings the People of Britain to the Streets in Protest) is a free and open source. You have permission to republish this article under a Creative Commons license with attribution to the author and AnonHQ.com.