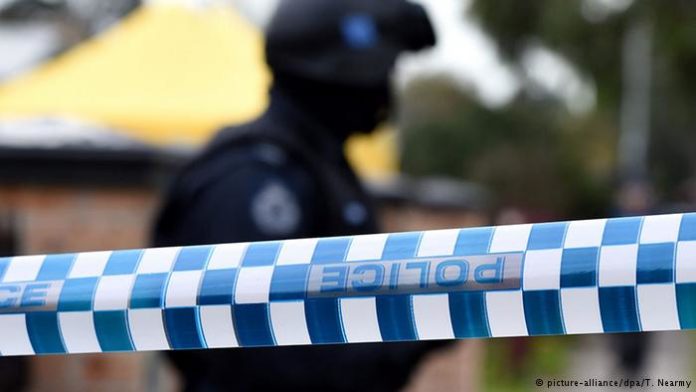 In a first of its kind in Australia, an unidentified man was arrested today for plotting with Islamic State to develop guided missile technology and laser missile-warning devices. The arrest was made on a Cherry Vale Place countryside property around 270km southwest of Sydney.

The Australian-born 42-year-old man who was arrested was advising the terrorist group on how to build their own long-range missiles as well as to develop their own capabilities to detect guided missiles, stated Ian McCartney, the Assistant Commissioner of counter-terrorism for the Australian Federal Police.

“We will also allege that he has been researching, designing and modelling systems to assist ISIL’s efforts to develop their own long-range guided missile capabilities,” McCartney said.

The man arrested – a trained electrician – will face court tomorrow.

Although federal police have prevented several terror plots in Australia in the past, this is the first arrest of an accused individual offering help to the Islamic State.

The Federal Police Commissioner, Andrew Colvin, said the man arrested had contacts “not just in the conflict zones, but also in other parts of the world and relied on them to pass the information.”

“In terms of the advice he was providing, we will allege it was fairly sophisticated and well-planned,” Colvin said.

Australian Prime Minister Malcolm Turnbull stated the incident as “another reminder of the enduring threat we face from Islamist terrorism,” acknowledging the arrest followed an 18-month federal operation, Operation Marsburg.

Justice Minister Michael Keenan commented, “The arrest today is the result of an 18-month-long operation and it reminds us that whether you are in a capital city planning an attack on home soil or whether you are in a small country town, trying to assist the terrorist state in the Middle East, you will get caught.”

If found guilty of terror-related offences, the suspect can receive up to a maximum life sentence.

This article (BREAKING NEWS: First Islamic State Terrorist Arrested on Australian Soil, Developing Guided Missiles) is a free and open source. You have permission to republish this article under a Creative Commons license with attribution to the author AnonWatcher and AnonHQ.com.