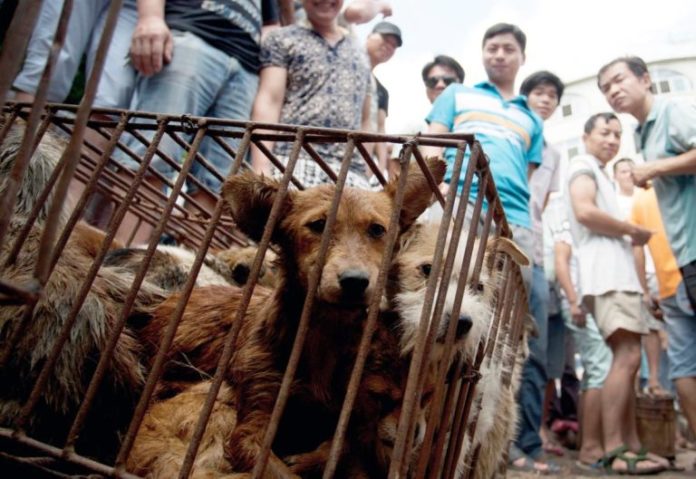 Taiwan’s parliament approved a bill that bans the selling, purchasing, consumption and/or possession of dog or cat meat. Offenders face up to two years in prison.

On Tuesday, Taiwan’s Legislative Yuan approved a landmark amendment to the country’s Animal Protection Act which bans the selling, purchasing, consumption and/or possession of dog or cat meat. Offenders face fines of between NT$50,000 (US$1600) to NT$250,000 (US$8100), may face up to two years in prison, and risk having photos of themselves publicized, reports the Shanghaiist. The bill also prohibits citizens from using a car or motorbike to pull the pets alongside their vehicle as they travel.

The amendment was sponsored by Kuomintang legislator Wang Yu-min and is the first of its kind in Asia. In 2001, Taiwan passed legislation banning the sale of meat and fur of pets such as cats and dogs. The legislation was supposedly passed for “economic purposes.”

Before the change takes effect, the amendments still need to be signed into law by the Cabinet and Presidential office. According to the BBC, this could take place as soon as the end of April.

Attitudes towards animals, primarily cats and dogs, are shifting rapidly in Asia. More citizens are beginning to view the animals as household companions and less as food. An individual who likely influenced the change is Taiwanese President Tsai Ing-wen, who last year adopted three retired guide dogs to live with her two cats, Cookie and A-Tsai. Ms. Tsai is the country’s first female leader, therefore, attracted plenty of attention with her unconventional “first family.”

Reportedly, the amendments were spurred after a number of high-profile incidents of animal cruelty occurred in Taiwan. Last year, for instance, a video went viral of a group of Taiwanese marines beating a dog, then hanging it before they threw its lifeless body into the ocean.

As horrible as that incident was, it’s not as controversial as the annual Yulin Dog Meat Festival which occurs every year in China. Approximately 10,000 dogs are slaughtered in Yulin, located in Guizhou province. In fact, it is scheduled to take place this year. Learn more here.