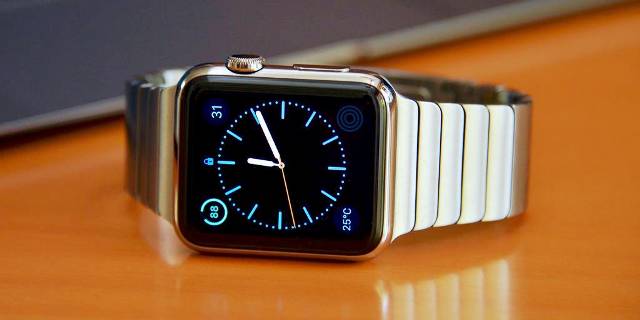 Whether we like it or not, to this day, the West still fears Russia in some form or another. However, in this case, the new British Prime Minister has banned the ministers in the UK from wearing Apple watches when present in the cabinet, as Theresa May still has concerns over Russian spies.

The factors concerning Prime Minister May are that hackers, not just from Russia but from anywhere, can use Apple watches to listen in on sensitive government meetings taking place.

“Mobile phones have already been barred from the Cabinet because of similar concerns,” says Peter Dominiczak, who is a political editor for the Telegraph. “One source said that the Russians are trying to hack everything.”

As for Apple, they say the ban’s implementation wasn’t inspired by recent events nor does it particularly focus on Apple products. Rather, the ban focuses on smart technology and the nature of it. Sharply contrasting this claim are many reports stating that this ban was inspired by the ‘so-called’ recent Russian hacks taking place in the United States.

And it’s not just the United Kingdom who is paranoid about the smart technology. The Australians have also banned smart watches from cabinet meetings, but only until a new security update comes out, or a solution(s) to this problem is discovered.

According to an article that was published in the Guardian, “The US government has formally accused Russia of hacking the Democratic Party’s computer networks and said that Moscow was attempting to “interfere” with the US presidential election. Hillary Clinton and US officials have blamed Russian hackers for stealing more than 19,000 emails from Democratic Party officials, but Friday’s announcement marked the first time that the Obama administration has pointed the finger at Moscow.”

To which the Office of National Intelligence and the Department of Homeland Security both claimed that the attacks were not from some home based Russian hackers, but were ordered from the highest positions in the Russian Government. A spokesperson for the Russian President has since replied, dismissing such claims as rubbish and hold no ground.

Source: 9To5 MAC, The Telegraph, The Guardian, The Express Tribune.

This article (British PM Bans Members of Cabinet from Wearing Apple Watches to Meetings) is a free and open source. You have permission to republish this article under a Creative Commons license with attribution to the author and AnonHQ.com.