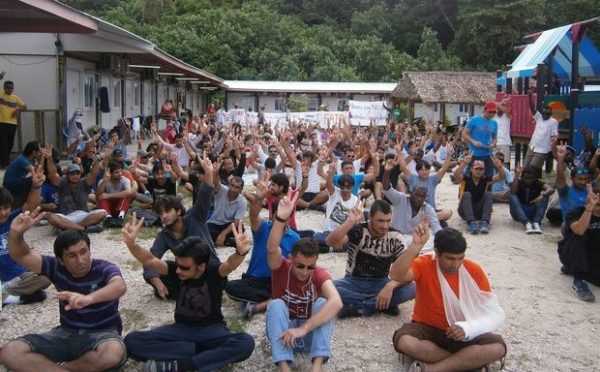 Australia is located at the other end of the world, on the Pacific Ocean. The country is among Western countries who proclaim themselves to be advocates for freedom and decent treatment for all people. With these self-proclaimed values, it is shocking to discover these countries don’t practice what they preach. For reasons, best known to the Australian government, it has decided to process its asylum applications outside the country. The Australian government has contracted private companies, opening centers for people who are seeking asylum in Australia, offshore. The asylum seekers are directed to these centers, mostly located on islands situated around the Pacific Ocean, where they wait for their applications to be processed.

In 2015, a BBC radio documentary found that Australia was forcing asylum seekers to stay in neighboring Papua New Guinea. The documentary found that asylum seekers were subjected to gross human rights abuses, with many suffering severe health consequences.  Other media outlets also followed it up with similar revelations. In August 2016, many human rights activists held public protests in Sydney, London and Tokyo to protest the government’s treatment of asylum seekers. In a new report, Amnesty International has shed more light on the situation. Despite the pressure from activists, the Australian government has not changed its policy on its asylum system.  As per Amnesty International, on the island of Nauru, a tiny country northeast of Australia, the Australian government has set up an offshore asylum application center, and what is occurring there is appalling.

Amnesty International titled the report “Island of Despair.” The report revealed a systematic denial of health services, coupled with physical abuse and legal and psychological intimidation carried out by staff and companies hired by the Australian government to oversee the asylum facility in Nauru.

The report particularly singled out children as the most vulnerable. The authors of the report revealed that the extent to which child refugees are subjected to abuse on Nauru is chilling. The authors said they saw many asylum seekers’ children falling into deep psychological distress and bad health. Due to the bad treatment asylum seekers face on the island, many attempt suicides to end their suffering. It is said many of these asylum seekers are from poor Southeast Asian countries, where life is terrible. They take the risk by traveling on overcrowded boats, hoping to get a better life in Australia, but end up forced into camps away from the nation’s doorstep.

As per the report, residents of Nauru discriminate against the asylum seekers. This has led to a deep stigmatization and abuse against the asylum seekers, by local residents, and guards in charge of the facility.  It is even said the tactics spread beyond abuse.  For example, asylum seekers’ children are not attending the local school because they’re being bullied or harassed by teachers or local children. Amnesty said it documented several of these cases when it visited the island while putting together the report.

The authors wrote in the report that the refugee-processing system by Australia was “explicitly designed to inflict incalculable damage on hundreds of women, men and children. The conditions on Nauru – refugees’ severe mental anguish, the intentional nature of the system, and the fact that the goal of offshore processing is to intimidate or coerce people to achieve a specific outcome – amounts to torture.” The report said the Nauru government isn’t to blame for the bad treatment against asylum seekers. Amnesty said all the blame should be laid at the doorsteps of the Australian government, because it is the government of Australia that set up the offshore processing system, and has forcibly transferred people who are seeking asylum, to Nauru.

The report revealed that Australian government officials and contractors in Nauru are involved with running the Refugee Processing Centre itself, and with the management of the refugee population living outside the center.

Amnesty said the Australian government cannot deny knowledge of these human rights infringements, because its workers have reported the appalling situation to the country’s authorities.

Amnesty noted that the Australian government is fully aware of the situation in Nauru, and has been even trying to cover it up.

Senior director of research for Amnesty International, Anna Neistat told Fairfax Media in an interview: “It’s the intentional nature of it. The Australian government is not even hiding the fact that the key purpose of this policy is deterrence. When you set up a system that inflicts deliberate harm as deterrence, it’s really hard to find another name for it other than torture.”

This article (Amnesty International Exposes Australia, reveals its Asylum System Designed Explicitly to Inflict Damage and Torture) is a free and open source. You have permission to republish this article under a Creative Commons license with attribution to the author and AnonHQ.com.