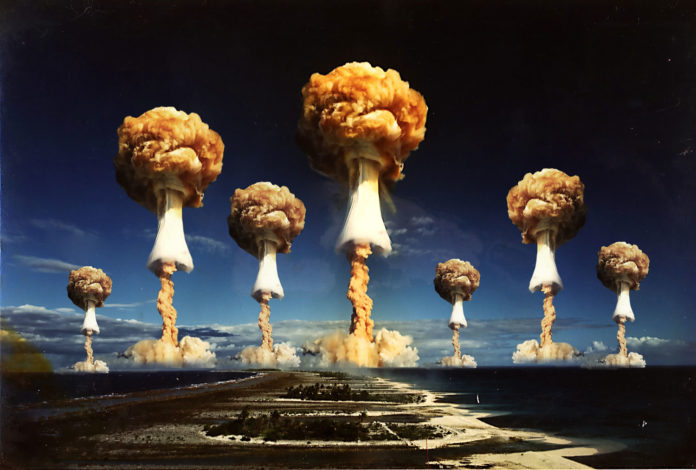 Russia must be the envy of preppers worldwide today. At the announcement by the Mirror, that Putin has built underground bunkers in a complex system, which would shelter his citizens in the event of a nuclear attack from the West, I can sense the salivation of preppers from my desk.

No, no joke. Via the Russian media – not unlike our corporate MSM, reports have filtered through the network, about how Russia is preparing for an all-out nuke attack, which they claim, will be instigated by America over the interventions in Syria. And why not? Any intelligent person can see that Syria is nothing more than another proxy war by two very large and very bullish nations; and most probably fighting – again – over that black stuff that helps run our cars.

But on a serious note: The Syrian civil war is heating up.

After the ceasefire that never really occurred thanks to the US dropping bombs on 80 or so Syrian ground troops fighting ISIS, and then finger pointing at the Russians for blowing up a UN military convoy… Not to mention, last fortnight’s UN address from Turkish President Erdogan, accusing the United States military for backing the rebels rather than ISIS – at which point the US Army top General, Joseph Dunford said ‘Yes, we did. So?’ with more nose thumbing…is there reason to be concerned? The school yard antics always turn into something taken past the school gates. This isn’t any different. While the Syrian civilian casualty rate continues to skyrocket at epic proportions, the east and west are searching for larger sticks to poke each other with. Eventually, someone, somewhere, is going to lose an eye, folks.

I won’t even bother mentioning the South China Sea, North Korea, or the NATO build up along Baltic states. Don’t even get me started on the refugee crisis or the economic crisis’ facing so many nations right now. The petrodollar? Riiight…can anyone say ‘let’s sue the Saudis’ three times quickly? Obama struggled with it.

I’m trying to be serious about the seriousness of this issue, but in all seriousness, if the Russians really do have underground bunkers ready to go in the event of an all-out nuclear blast attack, why are we still sitting in our armchairs pouring over Fox News or the regurgitation of CNN? Contrary to belief, there is still power in the people.

But, for now, I’m a little tired of the spoon feeding…I’m going outside to dig my own bunker.

This article (Building Bunkers, Russians, Nukes, the West…What’s Next?) is a free and open source. You have permission to republish this article under a Creative Commons license with attribution to the author AnonWatcher and AnonHQ.com.