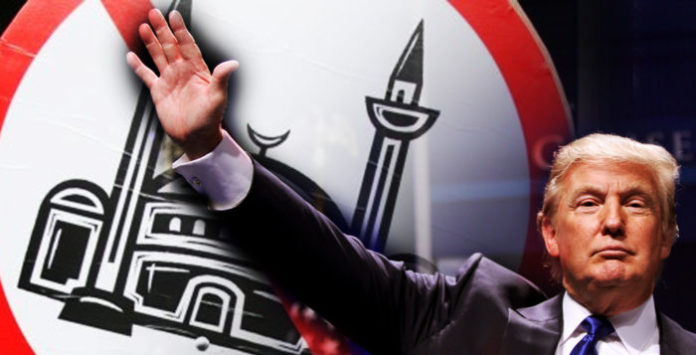 Has Donald Trump set the stage for bigotry against Islam to thrive in the United States?

Nasty attacks against the West by organizations such as ISIS have paved the way for anti-Muslim rhetoric by Trump, who during his political campaign period said that all Muslims should be banned from entering the United States until the country is able to figure out why the terrorists are attacking the country. After public backlash for the disparaging comment, Trump later amended his position by saying that Muslims entering the United States should thoroughly be scrutinized. He also proposed that a register should be created for Muslims in the United States.

These were some of Trump’s statements made during his campaign to occupy the Oval Office. And since winning, hate crimes against Muslims have surged in the nation. Some of Trump’s so-called loyal supporters have begun to call for what he promised about Muslims. In fact, these supporters have gone so far as to take the country’s laws into their own hands, causing harm and instigating fear among the nation’s Muslim community.

In the latest hate crimes fueled by Trump’s rhetoric against Muslims, three cities in the state of California received damning letters from purported Trump supporters who are threatening to completely wipe out Muslims in the United States. #CAIR considers asking FBI to investigate letters saying “You Muslims would be wise to pack your bags and get out” https://t.co/mX8qzz8fwb

The letter addressed Muslims as Children of Satan, saying Trump would do to them [Muslims] what Adolf Hitler did to the Jews during the Second World War. The letter has led to calls by civil rights groups, including the American Civil Liberties Union (ACLU), for more police protection for mosques and Muslims in these cities, and across the country. The ACLU has also met with the Muslim leaders in the cities receiving the threat letters, examining the best possible way to handle the issue.

In Los Angeles, Executive Director of CAIR Hussam Ayloush said people at the Los Angeles County mosques were disheartened by the hateful letters. He explained that although Trump may say he doesn’t support what’s been done, he [Trump] sets the stage for these despicable acts to be committed by those who believe in his ideas and thoughts.

“I’m not saying [Trump] created racist people. He normalized it. While he might say he’s not responsible, and I respect that, I remind President-elect Trump that he has a responsibility to act as a president for all Americans,” Mr Ayloush was quoted by the Daily Mail as saying.

San Jose’s Police Department has confirmed the hateful letters’ existence. Department spokesman Sgt. Enrique Garcia said investigators have taken up the issue, and are treating it as a ‘hate-motivated incident.’

Generally speaking, even before Trump stepped into the presidential limelight, prominent U.S. political leaders had unfavorable views on Islam. The Daily Mail reports that since the 9/11 attack in the United States, the number of hate crimes against Muslims has grown significantly, from between 20 and 30 per year to 500. The Washington Post puts the number at 100-150, roughly five times higher than before 9/11. However, Trump’s election has further worsened the situation. According to observers, the current happenings are what terrorist organizations, such as ISIS, want. The terrorists’ main goal is to stir reprisal attacks against Muslims in the West, in order to convince them [Western Muslims] that the West hates Islam.

This article (California Mosques Receive Genocidal Letters from Trump Supporters) is a free and open source. You have permission to republish this article under a Creative Commons license with attribution to the author and AnonHQ.com.