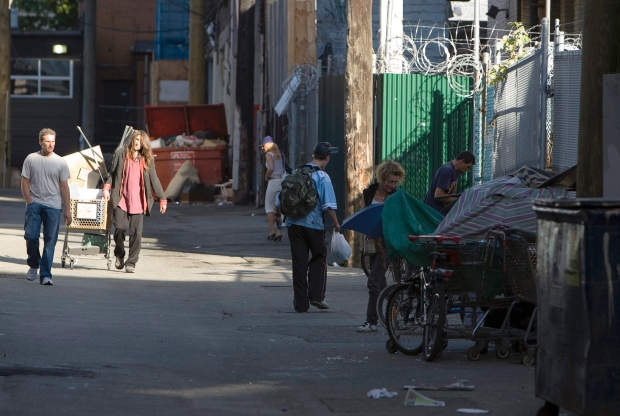 Canada is about to commence a trial-run with universal basic income. People in Ontario could soon be given an unconditional allowance each month. The premise is that the basic allowance would increase the standard of living for all Canadians, particularly those who do not qualify for payouts under the current welfare model.

In a recently-released budget statement, the government noted that “as Ontario’s economy grows, the government remains committed to leaving no one behind. Maintaining an effective social safety net is one part of the government’s broader efforts to reduce poverty and ensure inclusion in communities and the economy.”

“Anybody who’s involved in computer science or information technology at all is essentially in the business of replacing people with software,” says Paul Vallée, CEO of Pythian, a Canadian IT management firm who also sits on the board of the Basic Income Canada Network. “I want to feel like my work is building towards a future vision for our society that is positive and constructive.”

Critics point out that giving money to every Canadian could be less helpful to the needy, who are the intended beneficiaries, than the current targeted welfare model. Another argument would be that, providing everyone with more money would only inflate costs across the board.

However, real problems plague the Canadian welfare system; one in five kids in Ontario are afflicted with poverty.

Universal income is by no means a foreign concept to Canada; in 1974, residents in Dauphin Canada were given a 5-year-long trial of such a program. Though the results of the study were not analysed or reported on, University of Manitoba researcher Evelyn L Forget found that the experiment had reduced poverty, hospital visits and mental health complaints.

On the other hand, number of hours worked also fell – a common prediction of those who believe that people lose the incentive to work if given free money. However, the study found that men also spent more time studying, and women were able to stay on maternity leave for a longer period of time.

“When discussing inequality, we usually focus on employment and production. Yet, much of the world’s population has no realistic prospects of employment, and we already produce more than what is sustainable,” says Ralph Callebert, an economic historian for Virginia Tech.  “Basic income, however, separates survival from employment or production.”

Perhaps, instead of disincentivising work… it incentiveises people who previously had no opportunities for education to skill up, and encourages people to work for the love of their job, rather than out of desperate subsistence survival.

It is unknown how this modern-day experiment with universal income will turn out; however, as Callebert already pointed out, we already produce far more than is necessary, or even desirable… yet on the other side of the equation sit 22% of all American children in abject poverty, and the overwhelming 45%  who are in low-income families…in the most developed yet most unequal of economies. It’s good to see that somebody in North America is trying something different.

This article (Canada to Trial Universal Basic Income) is a free and open source. You have permission to republish this article under a Creative Commons license with attribution to the author(CoNN) and AnonHQ.com.