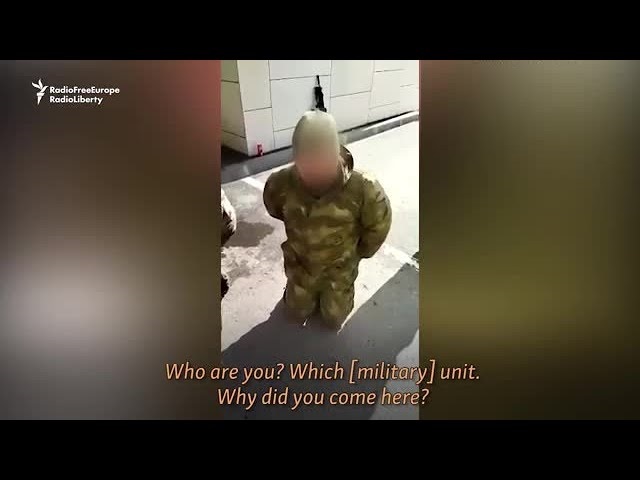 The Ukrainian Interior Ministry has set up a Telegram channel with videos that it says show captured, injured, and dead Russian soldiers.

This video shows Russian soldiers being interrogated. The prisoners are being questioned by their Ukrainian captors. It is impossible to independently confirm whether the information they give is accurate. The date and location of the video has not been verified.

This is unfortunately a very common trick by nations to launch surprise attacks, using training exercises to disguise troop build-up and then suddenly wheel around and attack your target when they least expect it.

Soviets used that trick in 1968

The Soviet Union under Breshnev used the same trick in 1968 to send troops into Czechoslovakia to crush the Prague Spring – the troops didn’t know they were invading until the last day of the exercises when the tanks suddenly drove straight to Prague. And when they WERE told, their superiors lied that they were off to fight fascists instead of a fellow communist state.

Putin seemed to be trying to pull the same trick with Ukraine. Unfortunately, he underestimated Ukrainian resistance and overestimated his own troops’ resolve.