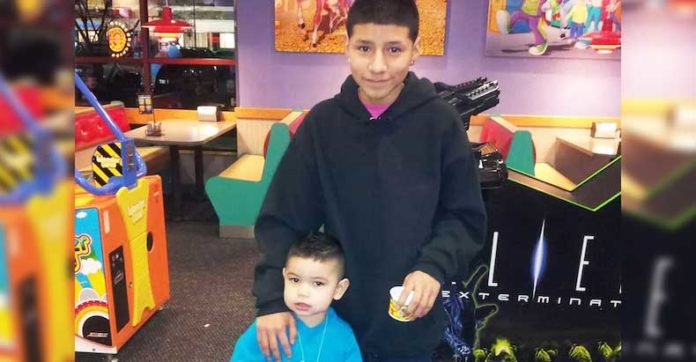 On July 4, 2014, Chicago Police shot and killed 14-year-old eight grader, Pedro Rios, as he crossed Cicero Avenue in front of an approaching police car, on the northwest side of town. According to reports, police allegedly spotted an object protruding from the boy’s waistband. When officers tried to question Rios, he reached for what turned out to be a .44 Magnum revolver – an expensive “Dirty Harry gun.” The officer shot him for ‘pointing the gun at them’. Rios died of multiple wounds at 10:07 p.m.

An official copy of the boy’s death record, certified by the Cook County medical examiner, stated the murder, caught by multiple surveillance cameras, as “suicide.” Performed by the same medical examiner’s office, Rios’ autopsy findings (which revealed that Rios was lying face down on the ground when he was killed) called it a “homicide.”

Meanwhile, the Independent Police Review Authority (IPRA) – a City of Chicago agency tasked with investigating police misconduct complaints and weapon discharge notifications – categorized the fatal shooting of Rios as “non-fatal” in its statistical report to the public.

A Truthout investigation has found contradictions in the police account of Rios’ killing and multiple aberrations in the classification of his death. At the Cook County Medical Examiner’s office, Rios’ parents identified their son via photograph. According to a spokesperson, the identification method was in line with office policy. However, Laura Rios and Pedro Rios Sr. have described being given no information as to why they could not see their son’s body, despite asking a Cook County interpreter for an explanation. Furthermore, the parents have not been allowed to view the surveillance footage of their son’s killing.

Rios’ death is among at least five fatal police shootings uncounted in the “officer involved shootings” statistical reports from 2012 to 2014. The reports are provided to the public by the Independent Police Review Authority and are derived directly from the Chicago Police Citizen and Law Enforcement Analysis and Reporting (CLEAR) database.

Homicide or suicide? What is the city of Chicago trying to hide?