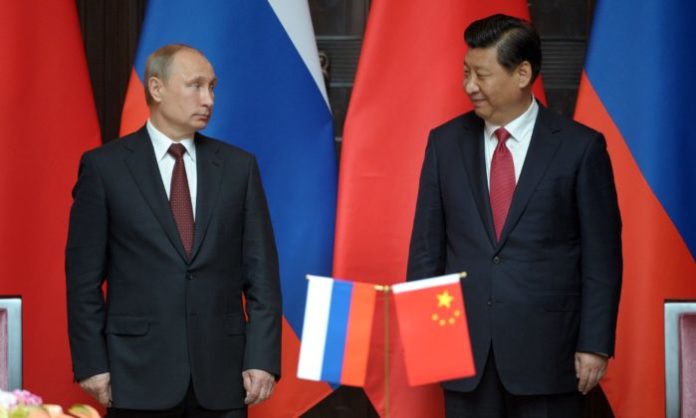 The United States has started to deploy the controversial Terminal High Altitude Area Defense (THAAD) system to South Korea. The United States claims it is alarmed by North Korea’s increasingly provocative behavior in the Korean Peninsula, hence the deployment of the weapon to protect South Korean and US interests.

THAAD is an advanced anti-ballistic missile system designed to shoot down short, medium, and intermediate ballistic missiles in their terminal phase. The method, naturally, unnerves any nation situated within its range. In 2016, when the THAAD deployment to South Korea became highly contentious, we predicted that the actions of the United States would anger the regional powers China and Russia. These two countries are not only regional powers but also major world players. Allowing one of their competitors or adversaries, like the United States, to deploy a volatile weapon like THAAD at their doorsteps is the equivalent to a national security threat to their countries. There is no doubt that if the deployment of THAAD occurred in Mexico by China or Russia, the US would construe it as military aggression.

What we predicted about the deployment of the weapon is currently happening. As the first batch of parts for the weapon has arrived in South Korea, China and Russia have responded with strong words to South Korea. South Korean officials have said they expect the missile system to start operating this year. One unidentified official even said he believes the weapon in its entirety could be deployed by the end of August.

However, China and Russia have warned South Korea that installing the weapon ‘donated’ by the United States will lead to serious diplomatic consequences, as well as military tensions in the Northeast Asian region. “Both parties emphasized that collective political and diplomatic efforts should be stepped up to ease tensions and initiate the process of military and political detente across the board in Northeast Asia, in order to create conditions conducive to resolving the nuclear issue, as well as the other issue, on the Korean Peninsula,” the statement said.

China has repeatedly spoken out against THAAD over fears that it will undermine its own ballistic missile capabilities. In 2016, Beijing urged Seoul and Washington not to go ahead with the system’s planned deployment.

But as the United States and South Korea have blatantly disregarded concerns over the deployment of the weapon, China is taking strong measures to deter its installation, including placing economic pressure on South Korean individuals and corporations connected to the installation of the weapon. The South Korean government signed a land swap deal with the multinational retail conglomerate, Lotte.  The deal will see Lotte exchanging its golf course for another location. The golf course will then become the future home of THAAD.  Lotte has business interests in China. The company was due to take a multibillion dollar real estate project in China, but Chinese officials have canceled the deal. Also, South Korean celebrities who were due to visit China have been refused entry. These reactions show just how furious China is about THAAD’s deployment in the region.

Chinese Foreign Ministry spokesman Geng Shuang said the THAAD deployment “severely disrupts regional strategic balance and jeopardizes the strategic security interests of regional countries including China.” China, in response, is now compelled to send a strong signal to Seoul that it is seriously opposed to the installation of the weapon. Russia too had previously urged South Korea and the United States not to deploy THAAD in the region, as it is likely going to spark geopolitical tensions among other nations in the area.

In February 2017, Russia described the situation in the Korean Peninsula as exhibiting a high likelihood of becoming volatile, emphasizing that the situation has become counter-productive. According to Russian reports, the line taken by certain governments [South Korea and United States] is exacerbating tensions and instigating an arms race. It is difficult to dispute Russia’s assessment of the situation in the Korean Peninsula. Although North Korea recently launched four ballistic missiles, it did so in response to joint naval exercises by South Korea and the United States. The military drills have been described as the largest ever between the two countries. North Korea has repeatedly accused the Americans of using the drills for an invasion.

In response, the leadership in Pyongyang, led by Kim Jong-un, has tasked missile experts in the country to develop an intercontinental ballistic missile that can hit the mainland of the United States. It is believed North Korea is on the verge of completing this Weapon of Mass Destruction soon.

This article (China/Russia Demand S. Korea Halts US ‘Donated’ THAAD Installation Immediately) is a free and open source. You have permission to republish this article under a Creative Commons license with attribution to the author and AnonHQ.com.