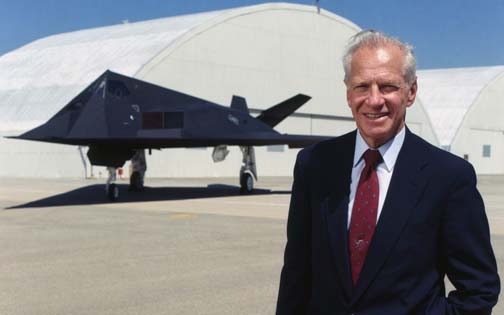 On December 30th 2014, the Central Intelligence Agency released a tweet on their account confirming that “Reports of unusual activity in the 50’s? It was us.”

The CIA has long been suspected of playing a part in one of the most elaborate hoaxes of the twentieth century; also included, Area 51 and the secrecy they shroud over it. At the least, the popular belief was a cover up from the public, when the government were well aware of the UFO sightings. But it has never been officially confirmed by the agency first-hand. The policy was always one of strong denial at all cost.[1]

Late last year, the tide turned. For unknown reasons the CIA decided upon; they took to the social media platform Twitter, and claimed responsibility for half of the UFO sightings reported in the 1950s through to the 1960s. Adding to the tweet, they linked a 272-page document outlining the reconnaissance missions that engaged in high altitudes – high altitudes that at the time, were impossible feats to the ordinary pilot.

“At this time, no one believed manned flight was possible above 60,000 feet, so no one expected to see an object so high in the sky.”

The document, entitled “The CIA and the U-2 Program, 1954-1974” was authored by the history staff for the CIA in 1998. In the foreword, the admittance of the “struggle between the CIA and the US Air Force to control the U-2 and a-12 OXCART projects reveals how the manned reconnaissance program confronted problems…” in the broadest sense. But the blame is placed on the shoulders of the communist bloc at the time and the Iron Curtain ringing down, cutting away at communications that were once easily accessible. The United States needed and warranted the high altitude capabilities of the U-2 aircraft [2]; where the “Soviet radars would not be able to track aircraft flying above 65,000 feet.” [3] Though unsuccessful, the predecessor of the U-2 was to be a “giant, almost flat-shaped airship with a blue-tinted, non-reflective coating, it would cruise at an altitude of 90,000 feet,” [4] to demonstrate what capabilities the CIA were exploring for their aircraft at the time.

A quote and picture on pages 62 and 63 of the document give more insight to the technologies that the CIA, in conjunction with the cooperation of the American Air Force, were exploring, and hence giving the appearance of perhaps an alien life form. “The technology that enabled U-2 pilots to operate extended periods in reduced atmospheric pressure would later play a major role in the manned space program.” [5] But it is the section in Chapter two, entitled U-2s, UFOs, and Operation Blue Book that add credence to the CIA claims of responsibility, as noted below. The interesting part is in the end section on page 85, where the document states that U-2 and later OXCART flights, “accounted for more than one-half of all UFO reports during the late 1950s and most of the 1960s.”

With the admittance in mind, the document goes on to discuss the importance of finding a reliable location to test the U-2 reconnaissance aircraft; and here enters the initial conception of Area 51. According to Gregory W. Pedlow and Donald E. Welzenbach, authors of the ‘U-2’ declassified report, “President Eisenhower also approved the addition of this strip of wasteland, known by its map designation as Area 51, to the Nevada Test Site.” It’s all ‘food for thought’. It does, however, shed light on what was once a big question mark over the mid 20th century. What does remain, which the document doesn’t seem to answer, is the other half of the UFO sightings that the CIA don’t take accountability for. Who is responsible for them? And given that Area 51 is still off limits, what technologies are being designed that we, as the public citizen have no claim or knowledge about?

Only Hollywood dares to dream about this one.