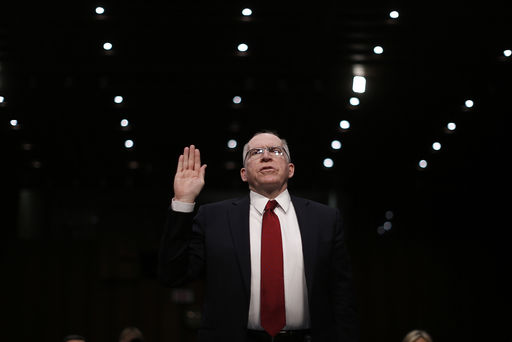 The Senate Select Committee on Intelligence (SSCI) has recently been investigating the interrogation techniques of the CIA under U.S. and international law. Leaked details have exposed the illegal torture program implemented during the War on Terror, citing the uses of torture methods yielded no effective results in the hunt for Osama bin Laden.

An internal enquiry last week, has exposed the CIA in improperly searching SSCI computers. Staff emails addressed to congressional investigators, and staff records, were amongst those breached.

The scandal broke in March, with Brennan, the CIA’s Director, flatly refusing responsibility, stating “As far as the allegations of, you know, CIA hacking into, you know, Senate computers, nothing could be further from the truth…we wouldn’t do that.  I mean, that’s just beyond the scope of reason, in terms of what we do.”  It wasn’t until this week, that Brennan formally apologized, however, Department of Justice officials have decided there is no case for criminal investigation. [1]

Senator Feinstein, chairperson of the SSCI highlighted in March the possibilities of violation by the CIA. The Fourth Amendment and the Computer Fraud and Abuse Act were both cited as being breached.

In light of the admittance by Brennan this week, Obama backed the CIA by stating “I understand why it happened…we tortured some folks. We did some things contrary to our values.”  The torture Obama refers to, included sexual humiliation, waterboarding, sensory deprivation and other ‘enhanced interrogation techniques’ banned under domestic and international law.[2] Sens. Mark Udall (D-Colo.) a member of the SSCI has called for Brennan’s resignation, stating the questions the spying has raised with the constitutional separation of powers, must be addressed.[3] The constitutional crisis that the U.S has found themselves in centers around RDINet, an archive established by the CIA for the SSCI officials to access classified documents during the investigation. What begs the question now, is the type of evasive action taken: will Brennan’s apology placate the enquiry into this matter, or will his resignation be officially called for?

Remember, in theory, it has been the administration of President Obama that has dragged their feet on a procedure to declassify and make public, the report [4] detailing the ‘enhanced interrogation techniques’, and 6,300 other pages detailing the earliest decisions on the War on Terror.

Link: Hide your identity online from your internet provider & government and surf anonymously

[3]Ryan Cooper (1 August 2014). “The CIA admitted to spying on the Senate. Will John Brennan be fired?” Retrieved 6 August 2014. http://theweek.com/article/index/265665/the-cia-admitted-to-spying-on-the-senate-will-john-brennan-be-fired