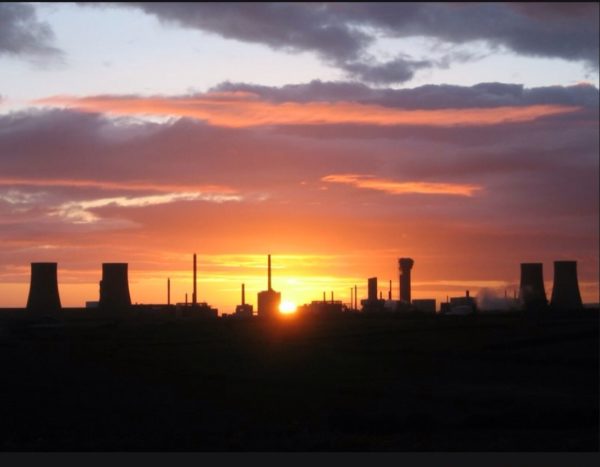 In February 2014, radioactive materials leaked from a damaged storage drum in the Waste Isolation Pilot Plant (WIPP), located in the state of New Mexico, United States.

The facility is under the direct management of the Department of Energy (DOE). When the accident occurred, the DOE claimed all 139 workers at the facility were underground, and were not exposed to the dangerous materials. However, trace amounts of airborne radiation – consisting of americium and plutonium particles – were later discovered above the ground, about a half mile from the facility. It was also discovered that around 21 workers were exposed to the dangerous materials. Many people raised safety concerns for the nearby towns and cities in Eddy County, where the facility is located, fearing that residents may have been exposed.

The DOE later claimed in a report that departmental investigations revealed that a lacking safety culture at the facility caused the accident. The DOE then said it is doing all it can with the government to cleanup the dangerous waste. The federal government also said the leak was not serious, and that fear mongers are exaggerating the situation, urging residents in the area to have confidence in federal officials. In a 2015 Recovery Plan, the government said limited waste disposal operations would resume in the first quarter of 2016. However, this statement made by the government in Washington D.C. was never to be. We are cruising fast towards the end of 2016, and the government’s promise has not yet been fulfilled.

Ars Technica reports that up till now, there is no indication that smaller U.S. nuclear waste cleanup programs can deliver their waste to the facility, any time soon.

This claim by Ars Technica comes following a report by the LA Times. which claims the facility leak now ranks among the costliest nuclear accidents in United States history. According to the LA Times, its internal analysis of the accident has revealed a long-term cost of the cleanup could amount to $2 billion. It is said this amount is roughly in the vicinity of the cleanup costs following the 1979 partial meltdown at the Three Mile Island nuclear power plant, Pennsylvania. The Three Mile Island cleanup cost the federal government about $1 billion to $1.7 billion. The LA Times said that the direct cost of the WIPP cleanup is now $640 million. This figure is said to be based on a contract modification made in July 2016 with the facility operator, Nuclear Waste Partnership. In total, it is said the initial $1.3 billion cost has now gone up to nearly $2 billion. This cost excludes the complete replacement of the contaminated ventilation system and any future costs of operating the facility. Federal officials stated the contaminated ventilation system needs to be replaced, estimating a completion date in 2021.

Although the facility is still opened, it cannot receive waste until the cleanup process is completed. This is said to be putting pressure on smaller waste storage facilities in Washington and Idaho. Ars Technica reveals that the United States government is pumping this huge amount of money into the cleanup of the facility, due to a mutual agreement with Russia, requiring the two countries to reduce the level of plutonium in their nuclear waste storage facilities.

This article (Cleaning Up 2014 Nuclear Waste Disaster in United States may Cost more than $2 billion) is a free and open source. You have permission to republish this article under a Creative Commons license with attribution to the author and AnonHQ.com.